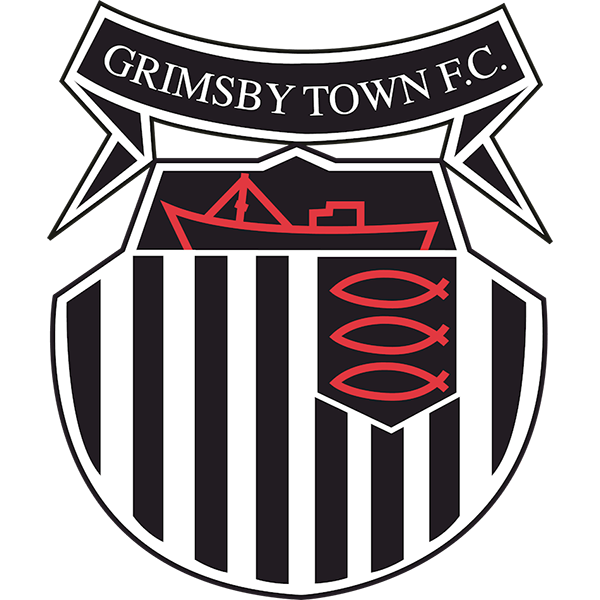 Another tough away test for Cards

Yet another Tuesday night trip to Grimsby, so most Woking fans will be forced to glue their ears to the (invariably excellent) radio commentary. Letâ€™s hope the Cards can produce a performance to match their last away outing, at FC Halifax.

The Cards did well on Saturday to recover from a disastrous start against Barnet, with a much-improved second-half showing. The point gained in a 1-1 draw was enough to keep them in third place, only two points behind second-placed Grimsby, who are now nine points behind the Bees.

There were no obvious injuries to Garry Hillâ€™s side in yesterdayâ€™s game. It seems unlikely that he would want to disturb overmuch a fairly settled side but, with the likes of Jack Marriott, Dean Morgan, Joey Jones and John Goddard on the bench yesterday, he has a few options if he wishes to inject some fresh legs into the starting line-up. The Cards have a fine record away from home this season and will travel confidently after a terrific away win at FC Halifax, but they will be aware that the Mariners will be very keen to bounce back from yesterdayâ€™s defeat at home to Kidderminster.

The Mariners, who lost out to Gateshead in the semi-finals of the play-offs last year, had a slow start to this season, drawing their first three games, including home fixtures against Nuneaton and Dover, before smashing six past the Heed at Gateshead and going one better at home to Alfreton. Their form continued to be somewhat unpredictable until recently, when they appeared to have hit their stride, notching five successive league wins, including impressive victories away at Braintree, Wrexham and Torquay, before registering a draw at Altrincham. That run was enough to catapult them into second place in the table. But, surprisingly, they came unstuck on Saturday, losing 0-2 at home to a Kidderminster side which has recently had to dispense with three of its best players for financial reasons.

Predictably, the Mariners have a strong squad. A likely line-up is James McKeown in goal; a back four of Carl Magnay, ex-Southport 6â€™4â€� Toto Nsiala, Shaun Pearson and ex-Card Aswad Thomas, a midfield of Nathan Arnold, Craig Disley, holding midfielder Daniel Parslow, Harry Pell, on loan from Wimbledon, and Scott Neilson; with â€œthe Shopâ€�, Lenell John-Lewis up front, aiming to add to his total of nine league goals this season. Other possibilities open to manager Paul Hurst include strikers Ross Hannah and Jon-Paul Pittman.

The Cards Trust is not running a coach to this game.

By car
Follow the signs for Grimsby on the M180. Continue on this road when it becomes the A180 towards Cleethorpes. This road runs right past the ground, which is next to the McDonalds Drive-thru.

The station is just over 1 mile away from the stadium. Walking would take about 20 minutes. Public transport is available.

Away fans sit in the Osmond Stand in the south side of the ground. Entry to this stand is in Constitutional Avenue, turnstiles 7-10.

The Cards continued their fine late-season form with this excellent draw at Grimsby. In an astonishing finish to the game, the Cards took the lead on 84 minutes, only to be pegged back on the stroke of full-time and then re-gain the lead and, finally, concede again with a penalty right at the death.

The Cardsâ€™ defence, with Joe McNerney and Mark Ricketts outstanding at centre-back, had to withstand a great deal of pressure from the Mariners in the first half, with Lenell John-Lewis and Aswad Thomas both going close. But Woking also threatened on the break, with Scott Rendell almost profiting. A similar pattern continued after the break, with Sam Beasant making a tremendous save from Connor Jennings and Shaun Pearsonâ€™s header hitting the bar. However, on 84 minutes, a swift counter-attack begun and finished by Kevin Betsy saw the Cards take the lead. On the stroke of full time sub Oumare Tounkara levelled the scores for the Mariners.

In the second minute of added time the Grimsby keeper was unable to hold a fierce Joey Jones strike and Keiran Murtagh was there to gobble up the rebound to make it 2-1 to the Cards. But, right at the final whistle, Craig Disley went down in the Woking area, the referee pointed to the spot and John-Lewis converted.

The Cards are at home to Alan Devonshireâ€™s Braintree Town next Saturday (29 November) and then to Altrincham on the following Tuesday (2 December). Make sure youâ€™ve got both dates in your diary!


Come on, you Cards!


Cards go down on Humberside


Woking eventually succumbed to a lively Grimsby side despite long spells of dominance but were ultimately the architects of their own downfall, conceding two poor goals.

Woking arrived at Blundell Park with the news that influential centre back Joe McNerney had received a retrospective red card and three match ban for an incident during the Barnet match. Joey Jones therefore partnered James Clarke in the centre of the defence, the other change being Jack Marriott starting in place of Giuseppe Sole.

Grimsby kicked off but it was the Woking trainer who was quickly into action as after just 6 minutes Jake Cole went down clutching his leg. It soon became clear that he could not carry on and Aaron Howe replaced him between the sticks.

Grimsby were soon into their stride with Carl Magnay, Lenell John-Lewis and Jon-Paul Pittman all looking lively as the latter whipped in an early cross to test the Woking defence. Then, after 14 minutes Grimsby took the lead, Carl Magnay was fed out on the left and his deep cross to the far post was met by Craig Disley, whose header looped over the stretching Howe and into the net.

Woking were in trouble again straight from the kick off as John-Lewis surged through the Woking ranks only for a last-ditch block by Clarke to save Woking going further behind. The visitors then created their first serious attempt on the Grimsby goal after 17 minutes when Betsy released Adam Newton down the right. He crossed in to Rendell who headed down to Marriott but the Grimsby defence cleared the danger.

Woking were getting into their stride now and moving the ball around nicely with Josh Payne orchestrating everything from midfield. One such move allowed Rendell to shoot on goal but his effort was diverted for a corner. Another Payne pass found the Cards' target man at the far post and he headed down to Marriott. The Ipswich youngster's effort was blocked but the rebound gave him a second opportunity which went sailing over the bar.

On 32 minutes, there was more bad news for Woking as Rendell went down clutching his foot. After lengthy treatment, he was forced off and replaced by Dean Morgan.

This second enforced change disrupted Wokingâ€™s play just as they were beginning to gain a grip of the match and Grimsby hit back. Firstly, Pittman released Nathan Arnold whose cross led to a shot which was well blocked by Jones. Grimsby then almost increased their lead having gained a corner. The kick was taken and with the Woking defence asleep, Craig Disley had a free header which thankfully he directed straight at Howe who made a comfortable save. The pressure still wasnâ€™t over as Grimsby came straight back at Woking. An Arnold cross was cleared for a corner which was played to the edge of the box and Carl Magnay rifled in a vicious shot, luckily straight at Howe who gathered well.

The half ended with Woking gaining a couple of corners which were dealt with comfortably by the Grimsby defence.

Woking kicked off playing towards the small band of Woking supporters who had been in good voice throughout the first half. However, it was Grimsby who had the first effort of the half as Pittman headed a Scott Brown cross straight at Howe. Woking hit back with Marriottâ€™s neat footwork releasing Kevin Betsy, who surges forward and released Marriott whose shot whistled just past the post. Woking came back again with Marriott again who, from out on the right, whipped in a great cross to Morgan who was unable to make the most of the chance and the danger was cleared by the Grimsby defence.

On 54 minutes, a calamitous moment for Woking led to the second goal for the home side. Grimsby played the ball down their right and Howe came out to try to usher it out for a goal kick despite being under pressure from Pittman. Unfortunately, the ball died on the Woking 'keeper and Pittman was able to steal in and cross for John-Lewis to head home into an unguarded net. A real body blow for the Cards.

Needless to say this shook Woking but they came back with Betsy breaking through the Grimsby defence only to shoot weakly at the keeper while under pressure from the defence. Grimsby hit back and Pittman headed just over.

Then, on 67 minutes Woking reduced the arrears. From 20 yards out, Dean Morgan hit a speculative shot which, much to the joy of the travelling contingent, went past the 'keeper, clipping a post on its' way into the goal. This galvanised the visitors, who began to dominate proceedings. Firstly, Payne unleashed a glorious effort from distance which slammed against the post with the 'keeper well beaten. Betsy then raced into the area and crossed only for the Grimsby defence to clear the danger but only as far as Theo Lewis who shot agonisingly past the post.

Grimsby were struggling to cope with a Woking side playing at their best and the locals were starting to get restless. However, with time running out, the visitors shot themselves in the foot again. Grimsby were running down time by taking the ball into the corner. Woking regained possession but Lewis' attempted back-pass to Howe was under-hit, allowing Ross Hannah to nip in and pass to the unmarked John-Lewis who slammed home Grimsbyâ€™s third to seal the match for the home side.

This was a frustrating night for the Cards who played some attractive football at times and showed why they are up there towards the top of the league table. However, they gifted their opponents a couple of goals which, in the end, was probably the difference between the two teams.

My MOTM: Josh Payne. Had a commanding performance in the Woking midfield, everything good for the team came through him and he was unlucky not to score.