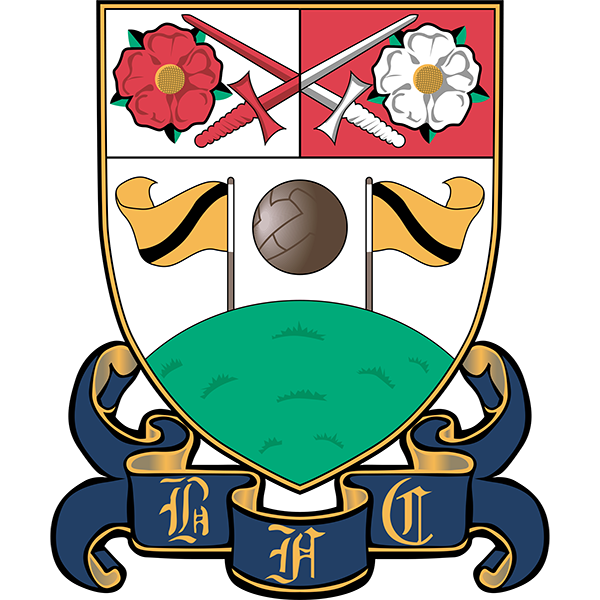 The Cards travel to the league leaders on Saturday hoping to repeat their superb performance there last year â€“ and that is the sort of display that will be needed to come away with anything from The Hive this time, where only three sides have emerged victorious in league fixtures this campaign. But Garry Hillâ€™s sideâ€™s morale should be high after a confidence-boosting 3-0 win at home last Saturday against Alfreton Town, the return from injury of Mark Ricketts and Scott Rendell and the re-signing of Aswad Thomas to add to the loan signings of Ross Lafayette, Charles Banya and Yemi Odubade. Make the trip if you can to cheer on the Cards and, if you get there early, you can watch Spurs v Arsenal as a â€˜tasterâ€™ before the real thing!

The Cardsâ€™ comfortable win over Alfreton last Saturday was their first league victory since 2 December but was enough to move them only a point and one place short of the play-off positions, although Woking have played more games than many of the teams around them. Alfreton offered surprisingly little but, even so, there were welcome signs of improvement in Wokingâ€™s play, with Mark Ricketts bringing some defensive solidity to midfield, allowing Josh Payne to play a more expansive attacking role. There were fine performances, too, from, among others, Scott Rendell, Ross Lafayette and Charles Banya.

The trip to Barnet is only the first of some very tough games in the coming weeks, so the Cards cannot afford to experience any more dips in form if they are to sustain a play-off challenge.

The Bees have set the pace all season and, in spite of a brief wobble last month, look set to go up as champions, with a seven-point lead at present over second-placed Bristol Rovers. They started the season with seven wins from their first eight games and, while their subsequent form hasnâ€™t been quite as emphatic, they have nevertheless remained clear front runners. Their only â€˜blipâ€™ in the league came in January when they lost successive games, both away, to Lincoln City and Grimsby Town. At home the Bees were last beaten by Torquay United on 11 November. Barnet havenâ€™t played for a fortnight: their match at Halifax was postponed last weekend. In their last game they responded in the best possible manner to their defeat at Grimsby by beating Southport 4-0, although it took them till the last ten minutes to fully overcome an obdurate Sandgrounders side.

The powerful John Akinde is the leagueâ€™s top scorer with 22 league goals. Other well-known players in a very strong squad include striker and captain Charlie MacDonald, who joined from Oldham in the summer; former Portsmouth defender Bondz Nâ€™Gala; highly experienced keeper/coach Graham Stack; wingers Luisma Villa and Lee Cook, the latter once commanding a Â£2.5m transfer fee; versatile midfielder Mauro Vilhete; striker Jon Nurse, who had a loan spell with Woking in 2006; and defenders Curtis Weston and Andy Yiadom.

Martin Allen has recently strengthened his squad with the signing of experienced striker Michael Gash from Kidderminster Harriers and the loan signing of Southend United midfielder Conor Clifford. Leaving Underhill have been ex-Shot Adam Mekki, now with Dover, and Jamal Lowe, who has joined St Albans City.

By car
Head for the M25 westbound, leaving at J19 (direction A41 Watford). Follow A41 for about nine miles before taking A410 (direction Harrow, Stanmore) and then A5 (direction Edgware). At second set of traffic lights after joining, turn right into Camrose Avenue. The AA gives a journey time of about one hour ten minutes from Kingfield. There is parking for 350 cars at the ground at a cost of Â£5.

Woking fans will be housed in Blocks F and G of the main West Stand, on the left-hand side as you look out over the pitch, and in the North Terrace behind the goal.

Gates will open at 1pm but, from 12.30pm, Woking fans will have full use of The Jubilee Bar, situated behind the West Stand with room for up to 100 people. The bar serves a full range of lagers, cider, bitter and stout, as well as wine, spirits and soft drinks. Baguettes and crisps will also be available as snacks.

The bar will be showing the dayâ€™s early kick-off (12.45pm) between Tottenham Hotspur and Arsenal, which is being broadcast live on BT Sport.

The Cards went into this game on the back of an excellent televised win at FC Halifax Town but were immediately on the back foot as the Bees launched a swift attack down Wokingâ€™s left, with the unlucky Mike Cestor unable to do more than put Elliot Johnsonâ€™s wicked cross into his own net, with Luisma Villa breathing down his neck.

Woking re-grouped and more than held their own for the rest of the first half in spite of some bruising play from John Akinde. Scott Rendell and James Clarke went closest for the Cards with headers but Lee Cook had an effort cleared off the line for Barnet.

Barnet nearly extended their lead early in the second half in two goalmouth scrambles but Woking upped the pressure and forced an equaliser on the hour mark. A Chris Arthur cross found its way to Scott Rendell, who did well to play the ball back into the path of Mike Cestor, who finished neatly to fittingly compensate for his own goal.

There were strong claims for a penalty from Bees fans as Jake Cole foiled Lee Cook and then Mike Cestor defended brilliantly to block Charlie MacDonaldâ€™s follow-up.

Woking finished the stronger of the two sides, with Martin Allen clearly content to settle for a point.

The Cards are away to Kidderminster Harriers on Saturday 14 February. The next home game is on Saturday 21 February when Torquay United are the visitors.


Referee Robert Whittonâ€™s decision to reduce Woking to ten men with the dismissal of luckless Joe McNerney halfway through the first half proved to be the turning point. Woking had arrived in hope but departed no doubt frustrated that their battling efforts, particularly in the second half, had left them pointless. And all this after playing for sixty-five minutes with a man short.

Garry Hill was forced to make changes with the illness of James Clarke and Gez Sole and took the opportunity to give a first start to the returning Aswad Thomas. The former Card had an excellent game despite having to move from his more customary left back to the centre of defence with the loss of McNerney. The other change saw Keiran Murtagh return to the bench in place of Sole.

Woking lined up with Newton, Jones, McNerney and Thomas across the back, Ricketts and Payne in the centre of midfield, Banya and Arthur out wide with Rendell and Lafayette partnered up front.

The game took time to settle with both sides early on failing to make good use of the Hiveâ€™s excellent playing surface. Barnet, unsurprisingly, were quick to push long balls forward to the dangerous Akinde. His strength, aerial presence and pace made him more than a handful. But Joey Jones, partnering McNerney, in the centre of the defence largely coped well during these initial stages.

The Cards relied heavily on the speed of Charles Banya playing out wide on the right â€“ one sweeping cross field pass to him from the excellent Josh Payne provided an early opportunity for Woking. The diminutive wingerâ€™s cross found Ross Lafayette but Barnet managed to clear their lines before he could bring the ball under control.

After fifteen minutes, a ball forward from Thomas was then knocked down by Lafayette to Scott Rendell but his short was powered over the bar.

And then on twenty-six minutes the games turning point and moment of real controversy. Another through ball found Akinde racing towards the penalty area. McNerneyâ€™s sliding challenge appeared to get something of the ball but the big Barnet forward came down. Referee Whitton pointed to the spot and then, to the consternation of the five hundred travelling Cards fans, produced a red card. Even some of the home supporters felt this a very harsh decision.

Akinde, the leagueâ€™s leading goal scorer, picked himself up to convert the penalty, sending Jake Cole the wrong way.

Garry Hill quickly reshuffled his pack, bringing Kevin Betsy on to replace Lafayette, with the Cards forced to play with a single frontman. Chris Arthur, who had been playing on the left side of midfield, moved to left back.

The second half began with the Bees dominating possession but their second goal was something of a surprise. After five minutes a deflected back pass from Jones appeared to wrong foot Cole and the ball agonisingly deflected off a post and trickled into the net. With ten men and a two-goal deficit, the game now looked beyond the visitors.

Barnet were now dominant and continued to press in search of more goals. However, the Cards' re-jigged defence coped well and largely reduced the league leaders to long-range efforts.

At the other end a fierce Payne effort was saved low in front of his upright by Stack as he turned the ball away for a corner and then a Payne free-kick was headed back by Jones for Thomas to volley over.

Barnet had a good chance to further extend their lead when substitute Michael Gash was through one-on-one with Cole but the Cards keeper was out quickly to smother the ball. He then had to bat away a powerful shot from Weston that swerved viciously as the Bees continued to dominate.

Yemi Odubade, who had replaced Banya on the hour mark, then produced the one piece of real magic on this cold winter afternoon. His pace got him on the end of a ball pushed through from the Woking midfield. He roared past the Barnet defence and then with his left foot produced a magnificent finish, firing home across Stack and into the far corner of the net.

Roared on by their fans and seeking to take advantage of a suddenly jittery Barnet, the Cards threw everyone forward as they sought an unlikely equaliser. A long ball from Betsy again found the marauding Odubade but his snap shot was wide. Rendell was brought down on the edge of the box but referee Whitton waved away the Woking appeals.

Another excellent move saw Goddardâ€™s long ball headed on by Rendell to Odubade on the left. He rolled the ball back across the box but Betsyâ€™s shot was blocked. And then in in time added on a corner from the right saw mass panic in the Barnet box as the hosts struggled to clear their lines. A final rasping drive from Payne was just over the bar and the chance of an equaliser had gone.

This was a battling performance by Woking and, but for the sending off, they might well have come away with at least a point. As it is, they remain one place outside the play-offs. Garry Hillâ€™s main concern will be how he covers the three-match absence of Joe McNerney.


MOTM: Josh Payne â€“ tireless in midfield and a number of excellent shots â€“ could so easily have scored that elusive equaliser.