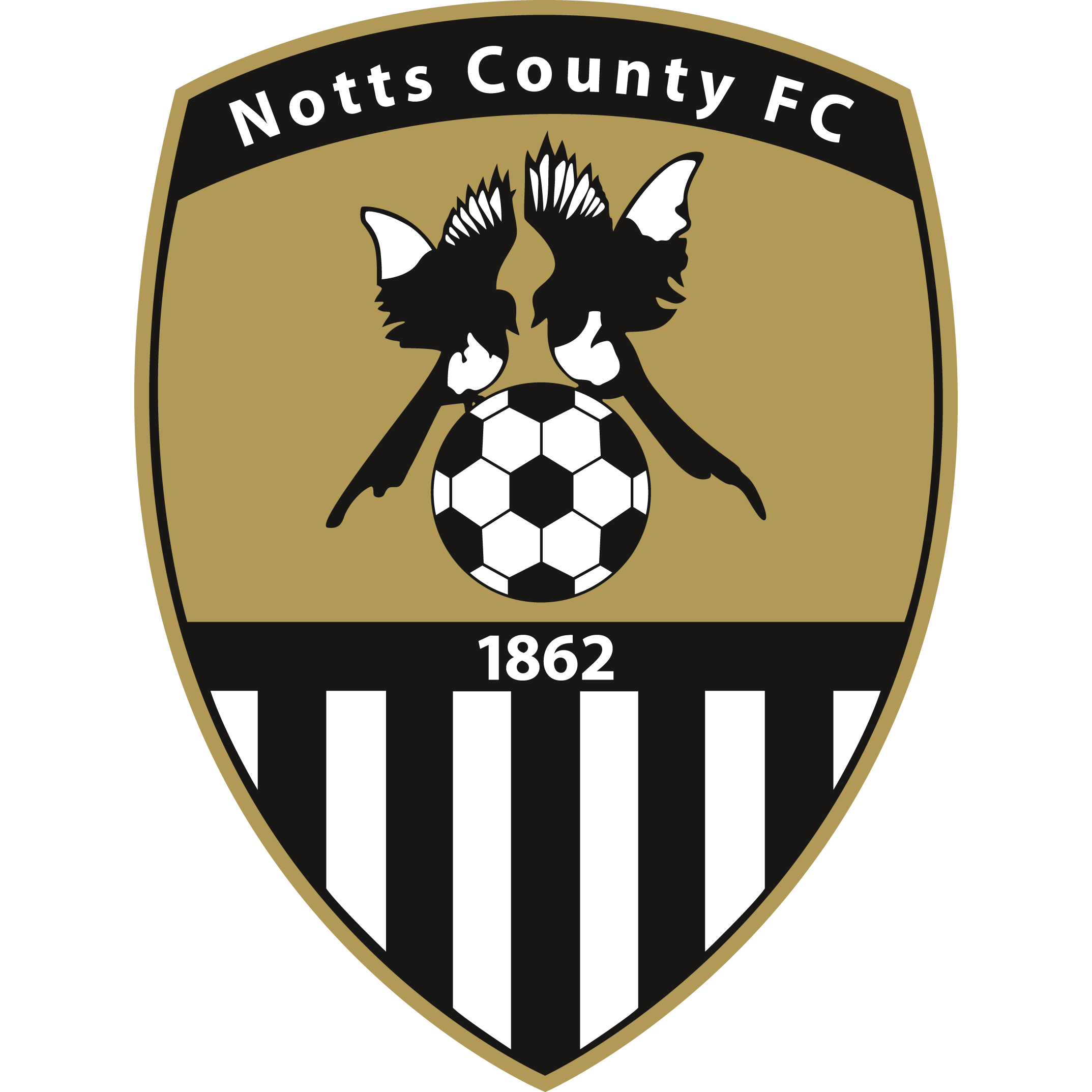 This coming Tuesday evening will see a first ever league meeting between Woking and Notts County as the long-time Football League club travels to the Laithwaite Community Stadium.

The Cardsâ€™ winless run stretched to 12 games in all competitions on Saturday as Alan Dowsonâ€™s side recorded a remarkable eighth draw in less than two months. It was at least an improved performance compared to the disappointment of last Tuesdayâ€™s FA Cup replay defeat at the hands of Ebbsfleet. Indeed, the home side will feel they should have taken all three points, after Jamar Loza grabbed the first goal of his second spell with the club to give the Cards a late lead. But, for the third time in recent weeks, a late equaliser was once again surrendered â€“ with former Card Scott Rendell predictably the man to nod home Eastleighâ€™s leveller in the eighth minute of stoppage time.

Dowse will hope that he can finally rediscover that winning formula this week, although a tough challenge awaits in the shape of an improving Notts County side, who remain amongst the favourites for promotion. The Magpies, who suffered relegation from the Football League last May for the first time in the clubâ€™s history, made a slow start to life in non-league football â€“ picking up just two wins out of eight in August with an almost entirely new squad, plus only one win from the first four in September, to leave them routed in lower mid-table. Things have been steadily improving since then with 13 points out of 15, plus a win in the FA Cup, prior to last Saturdayâ€™s surprise 1-0 defeat at Chesterfield. They are currently in eighth place, one point behind Woking, and eight adrift of leaders Bromley. Itâ€™s also worth noting that they do continue to be stronger at home, with just two wins picked up on the road all season, away to Harrogate and at Boreham Wood.

This should be a great game and a fantastic opportunity to see a new team visit the Laithwaite Community Stadium â€“ so please come along if you can and cheer on the boys!

Dowse continued to try different personnel and formations as he looked for a way to win. Saturday saw the debut of Glen Rea, on loan from Luton Town, who played in a midfield role alongside Mark Shelton and Max Kretzschmar. At the back, Moussa Diarra returned from injury to start alongside Ben Gerring, whilst Nathan Collier was preferred to Jack Cook. Further forward, Jamar Loza and Jake Hyde returned to the starting line-up, with Ibrahim Meite on the bench.

There is no shortage of competition for places, particularly in midfield, where the likes of Kane Ferdinand, Shaun Donnellan, Godfrey Poku and Toby Edser will be looking to force their way back into contention. Tyreke Johnson remains the only enforced absentee in the squad.

The Magpies, managed by former AFC Wimbledon boss Neil Ardley, selected the following starting line-up against Chesterfield on Saturday: in goal was Sam Slocombe, a summer addition from Bristol Rovers, who has also played for Scunthorpe, Oxford and Blackpool; in defence was Richard Brindley, who spent last season at Bromley, Zoumana Bakayogo, a product of Paris Saint Germain who was last with Tranmere Rovers, Damien McCrory, who spent seven years with Burton Albion and was playing Championship football as recently as 2018, and Ben Turner, another ex-Burton man best known for his time with Cardiff City â€“ where he played a full season in the Premier League in 2013/14.

Amongst those to watch from the bench are dangerous strike duo Wes Thomas, who hit double figures in League 2 for Grimsby last season, and Nathan Tyson, who was once a regular in the Championship for Countyâ€™s local rivals Nottingham Forest, as well as midfield Regan Booty, who was at Aldershot last season and did well despite the Hampshire clubâ€™s struggles.

The Cards are away to Stockport County on Saturday before a two-week break. Our next league action is a fortnight later at home to FC Halifax Town â€“ one not to miss, as itâ€™s currently our only Saturday November home game.

Woking crashed to a heavy 4-0 defeat at home to a clinical Notts County team on Tuesday night. Enzio Boldewign opened the scoring for the Magpies with a fantastic solo effort early on, Wes Thomas then adding a second before half time. Despite being on the back foot for the majority of the second half, the away side added to their lead thanks to further goals from Boldewign and Thomas.

Searching for that elusive first win in 13 games, Woking boss Alan Dowson made two changes to the side which dramatically drew 1-1 at home to Eastleigh on Saturday, with Jack Cook and Kane Ferdinand both returning after dropping to the bench at the weekend. Cook started at right-back, alongside Moussa Diarra, Ben Gerring and captain Josh Casey in a standard back four. Ferdinand came into central midfield, alongside loanees Glen Rea and Mark Shelton. Jamar Loza kept his place after his goalscoring performance three days earlier, accompanying Dave Tarpey and Jack Hyde in the front three. Notts County made three changes from their narrow defeat to Chesterfield on Saturday.

The away side were quickly out of the blocks, carving out a great chance to take the lead in the very first minute. Damien McCrory found himself in space on Countyâ€™s left-hand side, and swung over a very dangerous cross which, fortunately from a Cards viewpoint, Kyle Wootton was only able to head over from a great position.

In the seventh minute though, County did take the lead. Enzio Boldewign picked up the ball just inside his own half, drove forward unchallenged and unleashed an unstoppable shot into Rossâ€™s top corner. Neal Ardleyâ€™s side had been well on top early on and deserved their lead.

Woking gradually worked their way into the game, and in the 14th minute they threatened the County goal for the first time. Hyde battled away on the edge of box, the ball eventually breaking to Loza, who burst into the box and fired a shot just wide of the far post.

However, the Woking pressure was short-lived, and the Magpies fashioned another good chance a minute later. The ball was worked down Notts Countyâ€™s right, and an almost perfectly-weighted cross was again headed over by Wootton a few yards from goal. Ross in the Woking goal may have got a slight touch to make it a more difficult opportunity for the Magpies striker.

Unfortunately for the Cards, Thomas was not as wasteful as his teammate in their next attack, as he put the away side 2-0 up. A simple through-ball on Wokingâ€™s right carved the defence wide open, Wootton finding himself one-on-one with Craig Ross, admittedly from a tight angle. Ross made a great save in front of the LGS, but unhappily for the Cards Thomas was on hand to apply the finishing touch.

After looking rather shell-shocked for a few minutes after the second goal, Woking did slowly begin to wrestle more control of the game, and in the 22nd minute earned a free kick around 30 yards from Sam Slocombeâ€™s goal. A reasonable effort on target from Hyde was safely gathered by the Magpies stopper.

In the 30th minute, Woking won a free-kick in an even better position, after Salford loanee Shelton was fouled on the edge of the area. Tarpey took the responsibility this time, and hit a lovely dipping effort which Slocombe did well to tip over for corner. Hyde headed the resulting set-piece over the bar when he might have done better.

The Cards were beginning to get on top and look the more threatening side, and four minutes later Tarpey took yet another free kick from a dangerous position, which was again comfortably saved. Woking spent the majority of the rest of the half in the Magpies half, but without creating anything of note, and had to settle for a two-goal deficit at the break.

Immediately after the restart, Woking fashioned the chance they were looking for before the break. A deep free-kick was well won in the air by Diarra, picking out Tarpey who found himself with a free header a few yards out. Unfortunately, his header lacked power and was straight at Slocombe.

The Cards continued to press, and in the 50th minute Tarpey broke down the right and sent in a threatening cross, which unfortunately didnâ€™t quite fall for Hyde or Loza in the six-yard box. Four minutes later, another dangerous free-kick was curled into the box, eventually being cleared to Shelton who sent a volley well over.

The away side were certainly looking troubled by Wokingâ€™s set piece threat, however in the 60th minute got their third goal to essentially kill off the game. A teasing indirect free kick was headed behind by Diarra for a corner. The corner was eventually cleared to Richard Brindley on the edge of the box, who hit a low shot towards goal that was cleverly diverted into the corner of the goal by Thomas.

In the 65th minute, two big handball appeals in quick succession from the Woking players and fans were waved away by referee Gary Parsons, much to the disappointment of most of The Laithwaite. The Cards were continuing to have the majority of the ball and look dangerous from set pieces, however despite some last ditch, slightly panicked defending and the introduction of Shaun Donnellan for Glen Rea, County were managing to repel everything Woking had to offer. 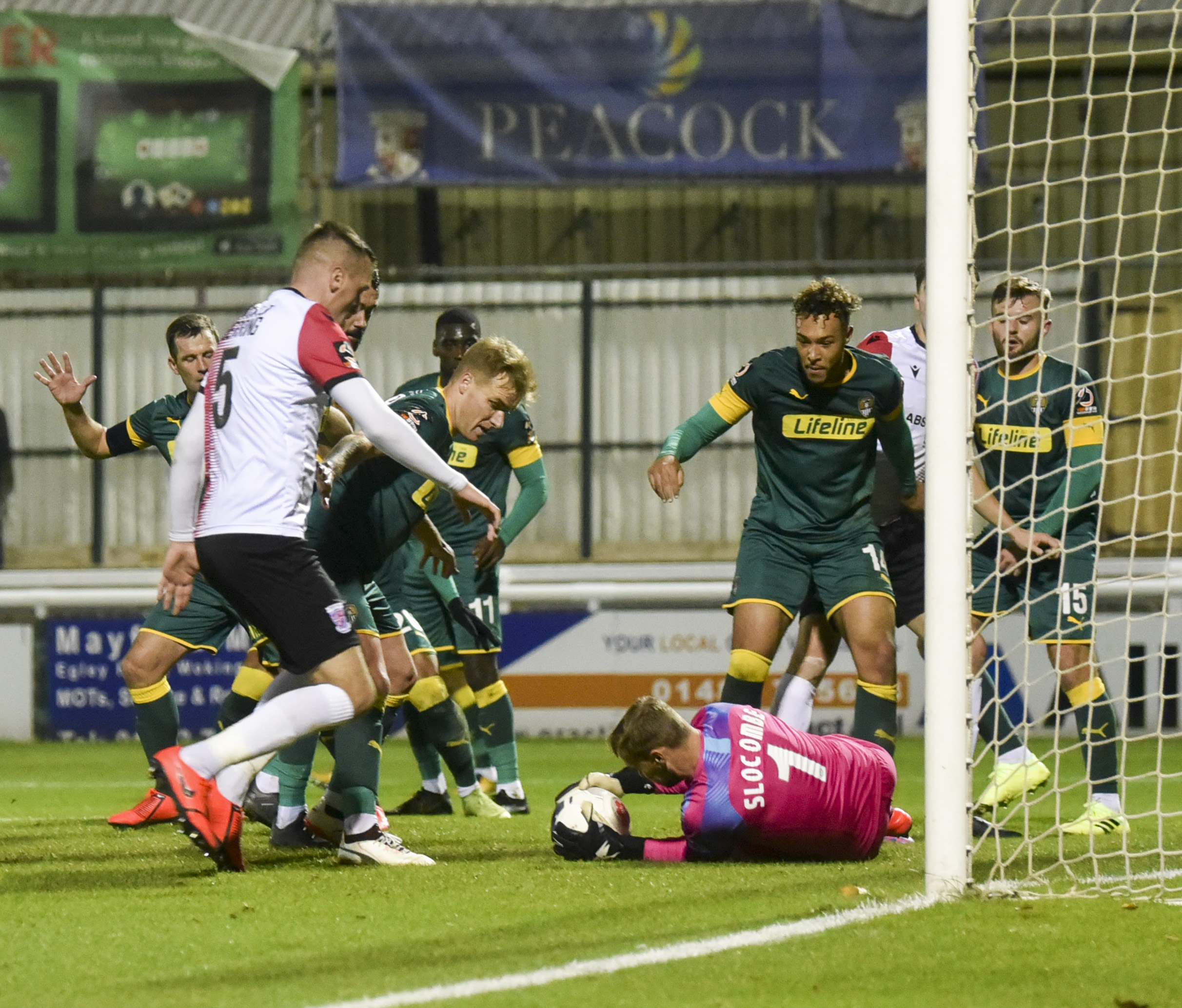 And it was from yet another dangerous Woking free-kick â€“ one that bobbled around the Notts County six-yard box - where the away side were able to break away and add a fourth goal. A long clearance out of defence in the 73rd minute found its way to Boldewign just inside Wokingâ€™s half. Despite Cookâ€™s best efforts, the County striker burst clear and coolly placed a shot passed Ross to the keepersâ€™ right.

Indirect free-kicks and corners aside, County saw out the rest of the game fairly comfortably, with a disallowed Tarpey goal the highlight of the last 15 minutes. The full-time whistle blew to some boos from the Woking faithful, who have now gone 13 games in all competitions without seeing their side win a game.

The away side started the game like a steam train and could have been three or four goals up in the first 20 minutes. Despite an improved Woking second half display, Notts County were very clinical and full value for their win. The Cards did look threatening from set-pieces, however it is slightly concerning that they werenâ€™t able to score from any, despite numerous goal-mouth scrambles. There were undoubtedly a couple of positive individual displays - from Josh Casey and Dave Tarpey in particular - but clearly there is much for Dowse to ponder, as he looks to mastermind Wokingâ€™s first win in 14 games at Stockport on Saturday.

Reporterâ€™s Man of the Match: Josh Casey. Some wonderful set piece deliveries and remains as committed as ever.