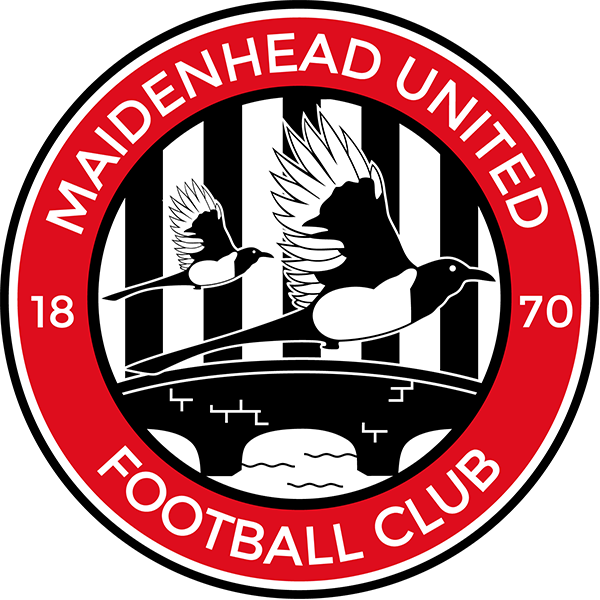 The Cards face a potentially season-defining game on Saturday as they take on Maidenhead United at the Laithwaite Community Stadium.

Itâ€™s a match where the result will almost certainly define the remaining ten games of Wokingâ€™s season. A win at home this weekend could see the Cards, currently just two points behind seventh place Notts County, move back to within touching distance of the play-off places. Three points for Alan Dowsonâ€™s side this weekend, on a ground where theyâ€™ve lost just once in the league since October, would certainly give the team that extra boost in confidence to hit the ground running down the final stretch.

Defeat could spell a much gloomier tale however, as the congested bottom-half of the table â€“ from the Cards in 13th to Chesterfield in the first of the four relegation spots â€“ is currently separated by just nine points, whilst a four-game range in the number of completed fixtures across the league brings with it another element of intrigue. The Cards have, encouragingly, already surpassed their points tally from two years ago when they were relegated on the final day of the season, thanks to last weekendâ€™s 1-1 draw with Stockport County, but the most nervous supporters will have at least one eye over their shoulders in the knowledge that the threshold for survival could be significantly higher this time around, albeit with the continuing uncertainty over Buryâ€™s future meaning that a reprieve for at least one team is highly likely. Either way, there is still certainly plenty to play for.

Unlike the Cards, Maidenhead already find themselves truly mired in the regelation dogfight, not helped by Tuesday eveningâ€™s 3-1 home defeat at the hands of Ebbsfleet United. The result leaves them stranded on 41 points, just one more than Chesterfield who have won their last two, whilst the loss was also their 18th in the league this season â€“ the most of any team in the National League. Alan Devonshireâ€™s side have now suffered back-to-back defeats to potential relegation rivals in the space of just four days, having also lost 2-1 at home to Aldershot Town on Saturday. They are by no means going down without a fight however, having picked up valuable wins at Solihull and at home to Eastleigh in recent weeks, as well as holding Notts County to a 0-0 draw on New Yearâ€™s Day.

The Cards have been in fine form at home this season so please come along again if you can and show your support to the team.

Dowse has named an unchanged team for the last two games â€“ the draws with Notts County and Stockport â€“ and will feel unlucky to not have taken more from two good performances. It wouldnâ€™t be surprising to see a similar or, indeed, unchanged side named for this one â€“ particularly after striker Alex Wall got off the mark with his first goal for the club last time out. Much could depend on the fitness of fellow striker Jake Hyde, like Wall and teammate Dave Tarpey a former Maidenhead player, whoâ€™s been out of action since the loss at Eastleigh at the start of the month.

Against Ebbsfleet, the Magpies started with Taye Ashby-Hammond, on loan from Fulham, in goal. The defence was made up of Remy Clerima, who has chipped in with five goals already this season, Ryheem Sheckleford, a graduate of the Fulham academy system, another Fulham loanee in Jaydn Mundle-Smith, who scored against the Fleet, and the experienced Alan Massey, who has been with the club since joining from Braintree Town in 2015.

In midfield was Josh Smile, part of the Chippenham Town side last season, the clubâ€™s longest-serving player Ryan Upward, who joined from Burnham in 2014, and Montserrat and England C international James Comley, who is also known for his time at St Albans City. The front three included former Aldershot Town dangerman Shamir Fenelon, former academy player Josh Kelly, plus the imposing Danny Whitehall, who has 13 goals so far this season.

One former Woking connection is defender Rene Steer, on the bench last time out, who had a short spell with the Cards back in 2013.

The two teams put on a great spectacle for the BT Sport cameras last time they met. Woking appeared to be in cruise control at half-time as they went into the break with a 2-0 lead thanks to goals from Moussa Diarra and Jamar Loza. Danny Whitehall pulled one back on the hour-mark, only for Jake Hyde to seemingly make the game safe as he bundled in a third with 15 minutes remaining. There was still time for Whitehall to net his second to set up a nervy finale for the visitors, but the Cards hung on for what remains their last away win in any competition this season.

The Cards next game is away to FC Halifax Town in a weekâ€™s time. Thatâ€™s quickly followed by our next home match which comes against Barnet on the following Tuesday evening.

The Cards ended a run of four games without a win in the Vanarama National League as second half substitutions Matt Jarvis and Moussa Diarra (pictured) inspired them to three points.

The win reignited Wokingâ€™s play-off aspirations as they moved into ninth place, just two points off the final spot, as Dowse used his strong attacking options on the bench to great effect.

The Cards named an unchanged side from the team that drew 1-1 at home to Stockport County last weekend but making his first appearance in style was Jarvis, who won an England cap while playing for Wolves in 2011 and only signed on Friday last week.

Kicking-off towards to the Kingfield Road end, Woking took the game to struggling Maidenhead who started the day just above the relegation zone, having lost their previous 2 games.

However, it took them until the 10th minute to have a decent effort on goal, after Alex Wall made a surging break down the left and played it inside to Jamar Loza, who tried to place a low right-footed effort into the right corner, but the visitorâ€™s keeper Taye Ashby-Hammond saved low down to his left.

A few minutes later, Ben Gerring then headed wide from left-wing corner after finding space 10 yards out before the lively Loza fizzed a first-time effort past the right post from the edge of the box.

The heavens opened after 20 or so minutes as hail tipped it down along with a howling wind, making it tough for both sides to take control in the centre of the park.

Maidenhead finally offered something in the 25th minutes when they had their first shot of the game, but Josh Kellyâ€™s effort was deflected wide by Gerring, who marshalled the defence superbly all game.

But it was the Cards though who nearly took the lead in the 33rd minute when Max Kretzschmar put in a lovely low cross from the left wing but Dave Tarpey failed to turn it in under pressure at the back post and knocked it wide.

Despite being the better side, Woking needed some good fortune to stay level going into half-time in the 38th minute, as the ball somehow stayed out when Maidenheadâ€™s right back Remy Clerima crossed from the right and Rene Steer, coming in from the left side of the box, hit the inside of the post from six yards out after being left unmarked. He had to score.

The Cards started the second half with more purpose, especially Jack Cook who put in a few teasing crossed to no avail, as the ball wouldnâ€™t quite run for a Woking player in the box.

In the 51st minute, the Kingfield faithful then wanted a penalty when Ben Dempsey went down in the box but it was waved away by the referee. Moussa Diarra was then unable to get his effort on goal in tonnes of space after getting on the end of a cross from Max as Maidenhead scrambled the ball to safety.

Dowse made his first change in the 53rd minute when Hyde replaced Wall, who had gone down injured in the first half and the striker almost made an instant impact within a few minutes when he created a chance for Max, as he laid the ball off to him in the box but his right-footed side-footer from the centre of the penalty area was saved low down to the left.

Woking were building up the pressure on the visitors and they should have taken the lead in the 58th minute with their best chance of the match, when Loza used his searing pace to get away through the middle after skinning his marker but missed a one-on-one with the keeper as his dinked effort went agonisingly wide of the right post.

The Cards needed some inspiration and Dowse called on new boy Matt Jarvis for his debut in the 58th minute to provide it, as he replaced Tarpey and took up a position on the left wing with Loza moving to the right. Jarvis got a rousing reception as he took to the field, and his signing has clearly excited the Kingfield faithful.

It only took Jarvis four minutes to make his mark as he put Woking ahead with his first touch, when he turned home Hydeâ€™s drilled cross across the face of goal from a few yards to the delight of the home fans. The goal was the least the Cards deserved as they had been the far better side for most of the first hour.

The introduction of Hyde and Jarvis changed the game; the latter then blazed over the bar after getting free down the right and linking well with Hyde. Jarvis, who had previously featured for Wolves and West Ham in the Premier League continued to show his class with some nice touches and crosses to the delight of the home fans who were off their seats when he got on the ball.

The Cards wrapped up the three points in 84th minute and it was Jarvis again involved, when he whipped in a corner from the right and Diarra headed towards goal.

While it appeared to be Diarra who made the last contact on the ball to fire it into the net, there was some confusion as Hyde wheeled away in delight. The Kingfield faithful were just happy to see Woking go two up and secure their first victory since beating Yeovil Town 1-0 on the 25th of January. 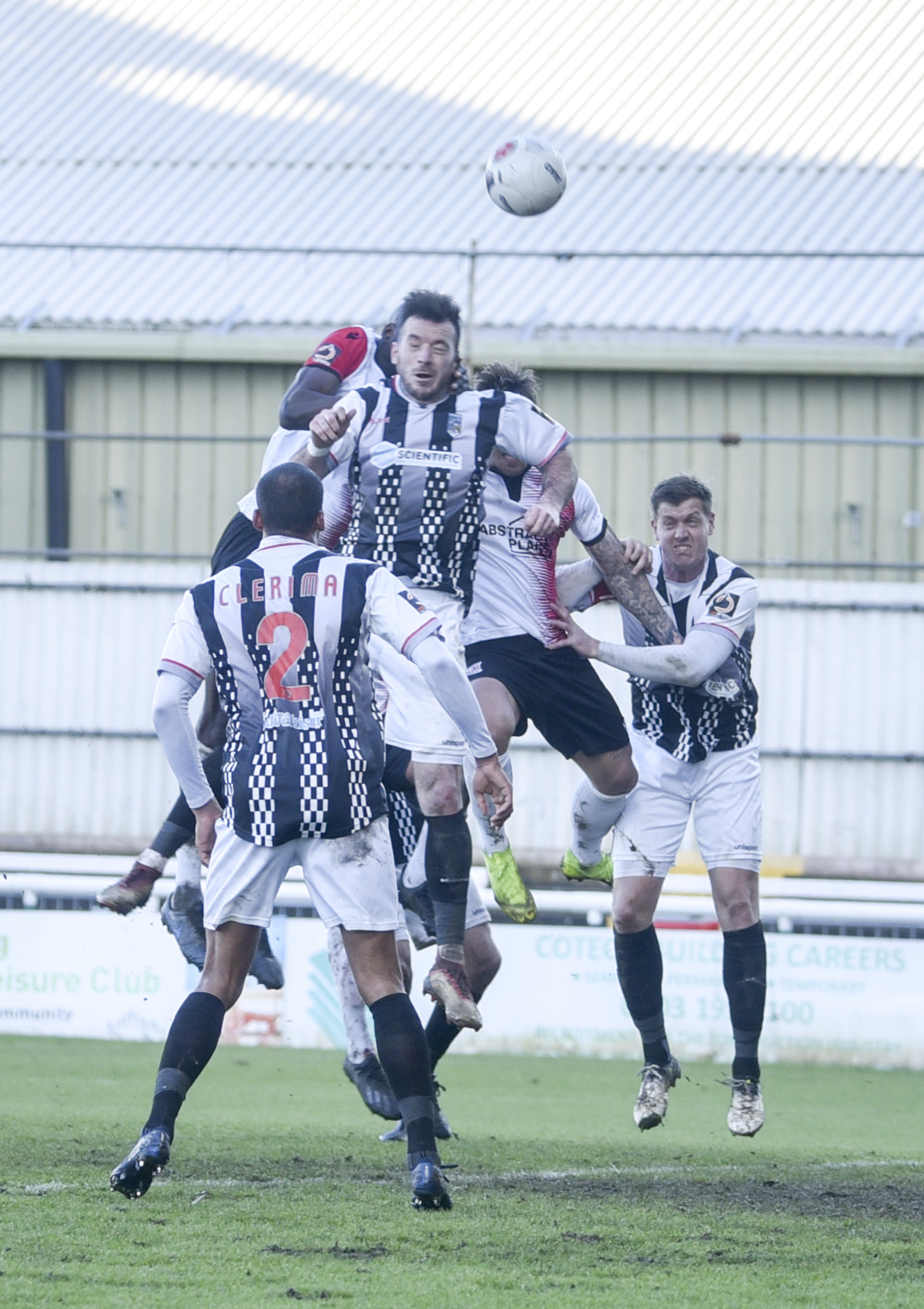 Maidenhead didnâ€™t offer anything in the second half and the Cards, who had defended solidly throughout the game led by impressive performances from their back four, notably Ben Gerring, had snuffed out anything that had come their way.

Wokingâ€™s next game is a tough away trip to Yorkshire, when they visit fellow play-off hopefuls and fifth placed FC Halifax Town on Saturday, 7th of March where they will be looking for another three points to keep their play-off dreams alive.

The Cards are now in ninth place, ten points off second place but only two points behind seventh placed Stockport County with a game in hand. There are only 10 games until the end of the season so a good run of form is imperative if Woking want to claim a play-off spot to give them a chance to get promoted into the Football League. There is much to play for.

HSL Building MOTM: Jamar Loza â€“ a constant threat throughout with his pace and made several superb breaks down the left and unlucky not to get on the scoresheet