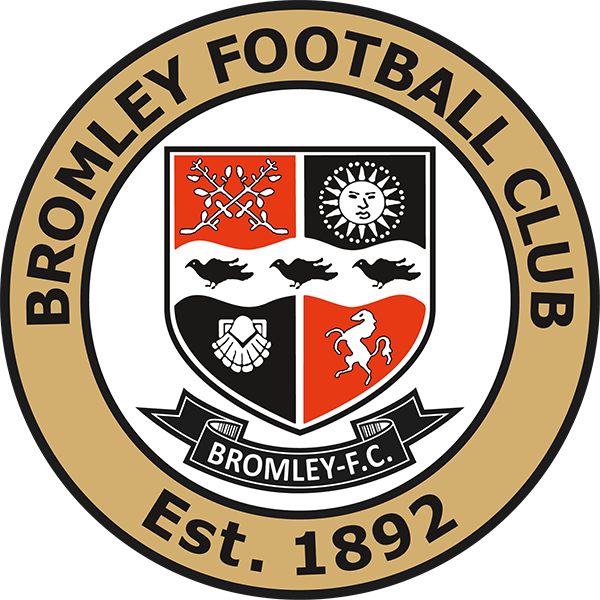 Cards aiming for return to form in the FA Trophy

Woking will be aiming for a first win in four when they travel to Bromley on Tuesday evening for the next round of the Buildbase FA Trophy.

The Cards have only won one game in the competition in the last five years â€“ the 2-1 victory over Dover Athletic a month ago â€“ and will be aiming for a first extended run in the competition since a quarter-final defeat to Grimsby Town in 2016. The three-time winners will be hoping that a two-and-a-half week break since their last league outing, a 1-0 home defeat by local rivals Aldershot Town, will have helped freshen up a stretched squad which has recently lost loanees Saul Shotton and Josh Davison, who have returned to West Bromwich Albion and Charlton Athletic, respectively.

Bromley have won their last four home games against Woking, who havenâ€™t won at Hayes Lane since September 2011, when a brace from Moses Ademola and goals from Wayne Gray and Elvis Hammond sent the Cards top of National League South. They currently sit tenth in the National League with 22 points from 14 games, having recorded six wins and four draws, and scoring 23 goals. The Ravens havenâ€™t played since before Christmas, when they defeated Hemel Hempstead Town 2-0 in the last round of the Trophy. Their last league outing also ended in victory when they won 1-0 away to Solihull Moors. That followed successive home defeats against Stockport County and Yeovil Town.

Dowse will be hoping that heâ€™ll have completed at least one new signing ahead of the Bromley game following the departure of Josh Davison. Ben Gerring is also expected to make his first appearance of the season for the Cards after recovering from his pre-season injury and returning from his one-month loan spell at National League South side Oxford City. He has now served his three-match suspension.

The Lilywhites have been coached by Neil Smith since 2016, having previously served as the clubâ€™s assistant manager since 2011, meaning heâ€™s rapidly approaching 10 years at the club. Smith will, of course, be well known to Woking fans having made 142 appearances for the Cards between 2002 and 2007, many as captain, and briefly serving as the clubâ€™s interim manager at the end of his spell.

Striker Michael Cheek has already scored nine goals this season. The 29-year-old is one of non-league footballâ€™s most dangerous frontmen, having also been a regular scorer for Braintree Town, Dagenham & Redbridge, and Ebbsfleet United before joining Bromley in 2019. He scored 15 goals last season and is already well on his way to matching that tally this campaign.

The Cards came from behind to claim all three points at the Laithwaite Community Stadium. Luke Coulson gave Bromley the lead after 15 minutes, but Dave Tarpey equalised two minutes before half-time, and Jake Hyde grabbed the winner 15 minutes from time. Jamar Loza was awarded man-of-the-match after playing a key role in setting up both goals.

The Cards host Maidenhead United on Saturday, thatâ€™s followed by another trip to Bromley the following Tuesday evening, as the two teams meet in National League action.

Cards eclipse the Ravens as Storm Christoph waltzes into Kent

This delayed FA Trophy tie took place on a wet and windy evening at Hayes Lane and was played at a good pace throughout with the result always in the balance. Woking eventually won 7-6 on penalties after the game had ended all square at 1-1 after 90 minutes with no extra time being played as per the rules in the competition this season.

The home side had the first opportunity to score in the fifth minute when a clearance from Kizzi was miscontrolled by Jack Cook which allowed the dangerous Cheek a sight of the goal. From a tight angle his chipped shot forced the first of many good saves from Craig Ross.

Ben Dempsey then played the ball to Slavi Spasov inside the penalty area where a great clearance prevented a good chance for the Cards to open the scoring. The visitors again drove forwards and Charlie Cooperâ€™s speculative long-range effort forced Cousins to tip the ball onto the bar.

Woking continued to put some good passing moves together, showing the benefit of playing on an even surface afforded by the home sideâ€™s 4G pitch which appeared unaffected by the inclement weather heralding the arrival of Storm Christoph.

Bromleyâ€™s new signing Duffus showed glimpses of what he is capable of when he went past a couple of defenders inside the area and saw his deflected shot go wide for a corner.

Ben Dempsey was the first player into the refereeâ€™s notebook for a foul on the halfway line and a few minutes afterwards the official signalled an end to the first half proceedings.

Bromley broke the deadlock shortly after the break when Webster found Forster with a cross field pass. The Watford loanee controlled the ball well and his mazy run into the box was ended prematurely by a foul. Referee Matthew Russell awarded a penalty to the home side whereupon Cheek picked up the ball and proceeded to blast his spot-kick home into the top corner, sending Ross the wrong way.

Just over a minute later the Cards were on level terms; a cross into the box found Max Kretzschmar who looped a header across goal past the despairing dive of the home keeper and the ball nestled into the bottom corner. This was no more than they deserved at this point of the game.

Bromley then had a great chance to retake the lead when Bushâ€™s long throw caused panic in the penalty area; the ball fell to Kizzi and his deflected shot forced Ross to dive quickly to push the ball wide, another excellent stop to keep Woking level.

Dowseâ€™s Cards then had a free kick in a dangerous area and Charlie Cooperâ€™s powerful free kick was well saved by the Bromley number one.

With barely seconds left to play Cheek ran into the box and forced a great last-ditch challenge from Ben Gerring which prevented him from winning the tie for the home side. The referee then blew his whistle for full time which meant it would be decided by penalties.

Bush was first for Bromley and he sent his left-footed strike into the bottom corner.

Max Kretzschmar was then first up for Woking and he converted for 1-1.

Cheek and then Charlie Cooper for the visitors made the shoot-out 2-2.

Bingham converted his penalty, as did Slavi Spasov to level it up at 4-4.

Into sudden death, Trotter scored Bromleyâ€™s fifth only for Ben Dempsey to also score for Woking.

Strikes from Williamson and from Jack Cook levelled the score at 6-6.

Forster then saw his spot kick saved by Craig Ross and this gave Woking the opportunity to win the game.

Kyran Lofthouse scored his penalty to delight his team-mates and Woking had won 7-6 and progressed to the fifth round to face Sutton United.

Next up for The Cards is a home National League match on Saturday against Maidenhead United.

Man of the Match: An excellent all-round team performance throughout in tricky conditions, but ultimately Craig Ross made the difference with some excellent saves over the 90 minutes as well as two stops in the shoot-out which enabled the Cards to progress through to the Fifth Round.