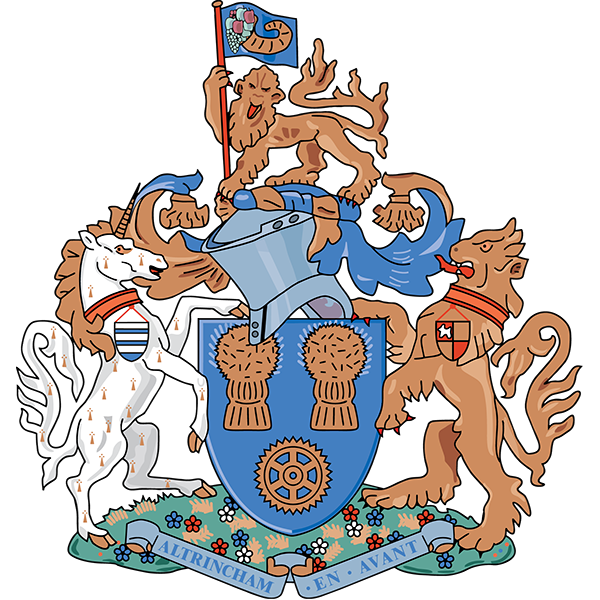 Woking travel to Altrincham for the first-half of a National League double header against the Robins. This game was originally due to take place in early December but was postponed due to a frozen pitch. The reverse fixture takes place in exactly two weeks at the Laithwaite Community Stadium.

After a miserable Christmas period, the Cards have quietly put together one of their best runs of the season, with back-to-back wins for the first time since mid-December and a run of just two defeats in eight games since the back-to-back losses against local rivals Aldershot Town. Of course, much of that has been down to the clubâ€™s enjoyable FA Trophy run, which included Saturdayâ€™s 1-0 home win over league leaders Torquay United, setting up a trip to National League North side Hereford in the semi-final later this month. It was a gutsy performance from Alan Dowsonâ€™s side, who had Craig Ross to thank for a first-half penalty save and yet another faultless goalkeeping performance, whilst Jamar Loza scored for the second game running with a well-taken effort mid-way through the first-half.

Altrincham, back in the fifth tier of English football for the first time since 2016, have had a successful season and currently sit in 11th place with 33 points from their 26 games, a comfortable 13 points clear of the bottom three, and only four adrift of the play-off places, albeit having played more fixtures than anyone else in the division. They were sitting in the top seven only a few short weeks ago, but their recent form has been poor, with five straight league defeats since a surprise 2-1 win at Torquay at the start of February. Last time out they were beaten 3-1 at Bromley and in their last home game they lost 3-2 to Boreham Wood, despite coming back from 3-0 down.

The Cards will be tempted to name an unchanged team for the third match in a row after two successful outings against Barnet and Torquay, where wide-men Jamar Loza and Malachi Napa have particularly impressed, alongside the solid back four. Captain Josh Casey will be one man looking to force his way back into the starting eleven, having been an unused substitute against the Gulls, whilst Jayden Wareham will be battling JontÃ© Smith for the central strikerâ€™s role.

Phil Parkinson will celebrate four years at Altrincham in April and has enjoyed a successful spell with the Robins. He earned promotion from the Northern Premier League at the first attempt in 2018, before back-to-back play-off campaigns in National League North, ending in promotion last season. He took previous club Nantwich Town to the play-off final in the NLP and an FA Trophy semi-final in 2016. Outside of football he is a Sport Science lecturer.

There arenâ€™t a host of familiar names in the Altrincham squad but one recent signing to keep an eye on is striker Byron Harrison, who has just joined the Robins on a short-term deal. The veteran forward caught the eye playing for Barrow, where he netted 22 goals in 2016/17, before less successful spells at Barnet and Barrow again last season. He also has Football League experience with the likes of Stevenage, AFC Wimbledon, and Cheltenham Town.

A game that the Cards wonâ€™t look back on fondly. Michael Rankine gave the home side an early lead from the penalty spot before Josh Ginnelly doubled the advantage shortly before half-time. Giuseppe Sole pulled one back for the visitors before Jonathon Margetts wrapped up all three points. Woking won the reverse fixture earlier in the season 2-0 thanks to goals from Sole and Dan Holman.

Woking are at home to Kingâ€™s Lynn Town on Saturday. This will be followed by another home game against Boreham Wood the following Tuesday as a busy run of fixtures continues. The Cards then travel to Yeovil before welcoming Altrincham for the two clubâ€™s second meeting in a fortnight.

After the elation of Saturdayâ€™s FA Trophy quarter-final win came despair in the North West for Alan Dowsonâ€™s Cards, the Surrey visitors increasingly bereft of ideas as battling Altrincham pulled off an unlikely win.

Up against a side coming into this league clash on the back of five straight defeats and reduced to 10 men within 35 minutes, Woking looked toothless when it mattered at Moss Lane, lacking the finesse needed to press home their one-man advantage.

The subs who came off the bench at the weekend were rewarded with starts, Ben Dempsey, Tommy Block and Jayden Wareham all looking lively in the opening stages. Yet the hosts seemed more determined as time wore on, and of three home debutant loanees, Australian full-back Regan Ogle - on loan from Accrington - and Grimsby striker Montel Gibson gave the best accounts.

Woking came into this match with two clean sheets, but bookings in the first half-hour for Ben Gerring and Jack Cook did not bode well, the tenacious Tommy Block also in the book by the break.
However, the main incident of the first half was the 34th minute of dismissal of defender Tom Hannigan, one it seemed would turn the match in Wokingâ€™s favour. It wasnâ€™t to be though, Phil Parkinsonâ€™s side - in their first season at this level in five years â€“ deserving their win.

These teams last met in January 2016, and while that also ended in defeat for the Cards against an Altrincham side who were eventually relegated, Garry Hillâ€™s mid-table finish that term would prove to be a result for Dowson come late May, judging by Wokingâ€™s recent league form slide.

There were promising moments in that first half, Kyran Lofthouse and Jamar Loza busy on the left flank, the latter darting left and right in one mazy run after good work by Wareham before a lack-lustre finish that passed home keeper Tony Thompsonâ€™s left post.

From a Dempsey free-kick, the ever-imposing Moussa Diarra headed on, but Alty held their ground, while at the other end Gerring was needed to sweep up after a counter-raid.

Woking soon had the upper hand, a Wareham cross from the left next to cause flutters. That said, the home side netted at the midway stage, a searching free-kick from Matty Kosylo fired home from six yards by skipper Jake Moult, on his 400th Robinsâ€™ appearance. But the flag was raised for offside.

As the pressure resumed, Card keeper Craig Ross strode forward to fire a looped free-kick into the danger zone, Diarra again head and shoulders above his hosts, and not far off target, while Cook went on a marauding run down the right but went too far, his robust challenge on Hannigan leading to the second caution.
Altrincham hit back, Diarra having to make amends three times in a matter of minutes, Kosylo increasingly more threatening. Three home corners followed, Gerring thankfully on hand for the best effort, clearing at the near post, setting Malachi Napa off on a cross-field run, but with no quality lay-off at the end.

Then came the potential turning point, Wareham grounded after taking advantage of a poor back-pass, referee Andrew Miller deciding the striker â€“ with just the keeper to beat - was tripped by Hannigan, and reaching for his red card. From my vantage point, I wasnâ€™t overly convinced.

Accordingly, the hosts switched things around, unlucky Barcelona-born Yusifu Ceesay sacrificed for Tom Mullarkey. But Dempseyâ€™s resultant free-kick was woeful, seemingly slipping as he struck the ball, which somehow found the lip of the terrace roof above a relieved Thompson.

A period of concerted away pressure followed, Block, Loza, Wareham and Kane Ferdinand knocking at the door, the home defence doing just enough to hang in there, Diarra again on hand when it mattered at the other end, the home side deserving to remain on level terms.

It wasnâ€™t long before the visitors were camped in the opposition half after the break, and it seemed it was just a matter of time before they breached the home defence, the first big moment seeing a Gerring delivery cut out by Thompson, with Wareham lurking.

Cook became instigator-in-chief, his right-wing raids and long throws testing the Robinsâ€™ mettle, while Loza looked to make in-roads on the left, Woking pressing for that breakthrough.

However, it was Ross who made the first proper stop, tipping over a wildly-deflected effort by main threat Ryan Colclough, with Gerring and Dempsey soon clearing for another corner.

Cometh the hour, cometh Dowseâ€™s changes, both Max Kretzschmar (for Block) and Jonte Smith (for Wareham) looking lively for most of what ensued, the best chance coming as the latter drilled wide after a swift break, with Altrincham stretched and Thompson seemingly beaten.

But home boss Parkinson had changes of his own up the sleeve, Tom Peers replacing Gibson and within three minutes setting up Kosylo for a fine finish on the counter, Woking caught napping.

The visitors never gave up, but it was a lack of imagination that frustrated as the clock ticked down, umpteen lofted balls into the area looking increasingly unlikely to prove significant, the home game plan working well under pressure.

Thompson got down low to deny Kretzschmar, and after a misplaced ball from Dempsey caused another home raid, youâ€™d have been forgiven for thinking it was the Cards rather than Alty who were a man down.

And rather than put his entire side behind the ball, Parkinsonâ€™s hosts continued to stretch the visitors on the break, last sub Connor Hampson in the thick of the action, while Peers â€“ fed by Joel Senior - forced another save from Ross, with Kosylo again going close.

As Cookâ€™s next centre reached the danger zone, it was clear there was no one in a position to make capital, the aerially-dynamic Diarra unable to unlock a spirited defence, for all Wokingâ€™s wing service.
Time was running out, the Cards devoid of enough imagination to make their possession count, Alty digging in and Thompson making further assured stops, the hosts surviving five added minutes for a much-needed home victory that saw them up to eighth and the visitors down to 18th.

Star man: Moussa Diarra â€“ Woking lacked invention as the game wore on, but the French centre-back proved busy at both ends, solid at the back, a threat up front, and in charge in the air on several occasions.