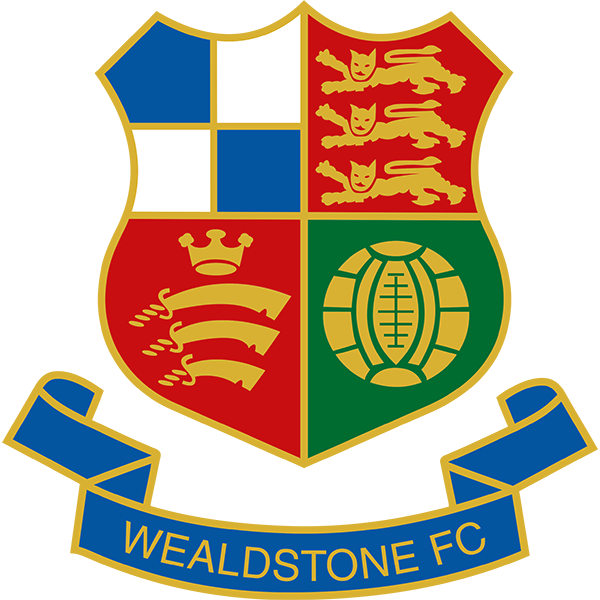 Cards aiming for momentum ahead of Trophy semi-final

The Cards make the trip to Wealdstone on Tuesday evening, looking to end a four match winless run in the National League, and pick up some much-needed positive momentum ahead of Saturdayâ€™s FA Trophy semi-final at Hereford.

Woking were, yet again, left to feel somewhat hard done by on Saturday as, despite a battling performance, a late goal saw them lose 1-0 at play-off chasing Hartlepool United. It was certainly a case of what might have been, with only a fine save from the Hartlepool goalkeeper, as well as the woodwork, denying on loan striker Sam Ashford his second goal for the club. Manager Alan Dowson has added two new attacking weapons to his arsenal ahead of Tuesdayâ€™s game, re-signing popular midfielder Paul Hodges from Slough Town until the end of the season, whilst also adding young striker Sam Dalby on loan from Watford.

The Stones have had a mixed first season back in the National League. After winning five of their first eight league games, they were in the play-off places in mid-November, but theyâ€™ve since won just three of the last 20 to leave them in 19th place with 29 points from 27 games, two points fewer than the Cards. Theyâ€™ve also conceded 56 goals â€“ only Barnet (65) have conceded more. Their form has improved slightly of late, with wins over Boreham Wood and Kingâ€™s Lynn Town this month, although that good run was soundly ended last time out when they were beaten 4-0 at Weymouth.

Dowse could be without a number of first-team players. Jack Cook has been sidelined since limping out of the Yeovil Town game and has missed the last two matches. Goalkeeper Craig Ross was also absent against Hartlepool, with Mark Smith making his club debut, whilst winger Jamar Loza limped out of the warm-up. Sam Ashford also went off with a knock late on. That could mean a debut for new signing Sam Dalby and an immediate return for Paul Hodges. Other options include Max Kretzschmar and Charlie Cooper, who were both on the bench on Saturday.

The Stones appointed Stuart Maynard earlier this month on a deal until the end of the season. He had been in caretaker charge since early February following the dismissal of former boss Dean Brennan. Maynard was appointed alongside Brennan as his assistant in the summer of 2019 and the pair guided their team to automatic promotion from National League South last season.

Wealdstone have a number of former Woking players in their squad, including Moses Emmanuel (previously Moses Ademola), Ross Lafayette, and Dennon Lewis. But one of their key players will be captain and defender Jerome Okimo. The former Stevenage and Braintree man is in his second-spell with the Stones and has made close to 200 appearances for the club. He will be hoping to stifle Wokingâ€™s new-look attack on Tuesday night.

Despite losing both of the regulation league fixtures earlier in the season, it was the Cards who came out on top in the big one, coming from two goals behind to claim a famous victory at the Laithwaite Community Stadium. The away side looked set to progress after goals from Freddie Grant and Connor Stevens, but Moussa Diarra pulled one back, Max Kretzschmar equalised, and Jake Hyde won it in stoppage time. Woking progressed to the play-off final where the defeated Welling United and claimed promotion back to the National League at the first attempt.

Woking travel to Hereford on Saturday in the FA Trophy semi-final. Thatâ€™s followed by a challenging trip to promotion-chasers Torquay United on Good Friday and a home game against Notts County three days later.

Wealdstone raided and Cards come away with all the points

â€˜Youâ€™ve got no fansâ€™.â€˜Nor have youâ€™. On a clear, dry and cold night, in front of the all-too-familiar deserted terraces, Woking finally got the better of the Stones in the last few minutes of this away game, and focussed intently and successfully on avoiding a late equaliser like the one against Alty a week earlier.

It was the proverbial â€˜game of two halvesâ€™ with the team kicking down the slope dominating each half â€“ Wealdstone in the first, Woking after the interval

There were 5 changes from the Woking starting line-up against Hartlepool 3 days earlier. Craig Ross returned in goal, and Tommy Block came in for the rested Kyran Lofthouse in a rare appearance; Kane Ferdinand and Niko Muir were replaced by Charlie Cooper and Max Kretzschmar. There was a straight â€˜Sam Swapâ€™ up front, with the tall Watford loanee Dalby brought in for the absent Ashford for his Cards debut. There was a welcome return for Paul Hodges, who had re-signed on a short term contract from Slough Town, on the bench.

The Cards kicked off up the slope towards the north-eastern end of the (eccentric, hotch-potch) Grosvenor Vale ground, on a pitch that looked in perfect condition. However, Wealdstone made all of the early running. From an Ashley Charles free kick, in the 4th minute, Jack Cawley half-volleyed the ball over Rossâ€™ bar. Some 60 seconds later, Ben Gerring floored Lafayette 30 yards out; again Charles took the kick and Cawley got a head to it this time but was ruled offside.

On 10 minutes, after being fouled, Casey lofted a long free kick into the Wealdstone box, the ball making contact with a defender and going out for a corner to the right of the goal. There was an immediate and very strong cry of â€˜handballâ€™ from the Cards players and Casey remonstrated with the assistant referee who was best positioned to see what happened. â€˜Lino, that was terribleâ€™ (with silence from the terraces, one is reminded of how most other on-field exclamations are unprintable).

The Stones gained a corner on their right in the 17th minute, and this was knocked behind by Kretzschmar; the follow-up was headed by a Wealdstone striker into Rossâ€™ safe hands. Woking were then caught offside for at least the 3rd time.

The home side continued to dominate, with Mendy and Bowry particularly effective down the left win. Charles floated in a dangerous corner, which was headed out for a throw-in taken by Okimo. That was, in turn, headed out for another corner which Ross pushed away. A third corner in quick succession resulted in an offside. Casey was injured in the associated melee but soon recovered.

Dalby headed towards goal in the 31st minute from a Kretzschmar free kick on the left, and the Stones keeper Isted just managed to tip over. This was the best chance that came the Cardsâ€™ way in the first half, and Dalbyâ€™s most notable contribution to the game.

Jarvis picked a long Casey ball and surged into the Stonesâ€™ area on the left; he had â€˜two bites of the cherryâ€™, his second shot being pushed back out by the keeper and cleared.

Block was making some determined runs down the right, and he secured a throw-in near the corner which was caught by the keeper. A Ross free kick led to Dalby being fouled as he headed with his back to goal; however, Caseyâ€™s free kick went out for a corner on the left; this was easily taken by the keeper. Thus ended the first half.

Within 2 minutes of the start of the second half, with Wealdstone continuing to apply pressure, Lewis was substituted for Lafayette. He may have been particularly determined to make a point to Woking, and he immediately impressed by heading narrowly over Rossâ€™ bar and â€“ a minute later â€“ picking up the ball close to goal and firing over.

However, the Cards started to establish their presence felt for the first time in the game. On 53 minutes, a ball crossed in from the right was volleyed over by Napa from close quarters. With Woking pressing hard, a corner was won on the right but came to nothing.

On the hour, the Stonesâ€™ Connor Smith dangerously broke free just inside the Woking half but play was called back due to a foul; a lucky break for the Cards.

Kretzschmar took the opportunity for a powerful shot on goal from 25 yards out, which was deflected wide for the first of two corners in quick succession.

73 minutes in, Lewis broke free, ran towards goal and shot straight at Ross. He was showing an unfamiliar focus, energy and drive which will have left a fair few Cards fans scratching their heads.

The Stones made their first substitution on 67 minutes, with Daniel Green on for Danny Parish. In turn, Paul Hodges made his return in a Cards shirt, replacing Napa, and immediately came close to scoring as he drove a ball in from Diarra past the post.

Jonte Smith came on for Jarvis, followed by Niko Muir soon after for Dalby, and Woking continued to apply pressure with this new front pair. A Cooper free kick from the centre circle out to Casey on the left was floated into the box where Smith and Isted both rose for the ball, with the keeper winning out.

On 86 minutes, following the Stoneâ€™s last substitution, Hodges hit the ball just wide of their goal from close in. A minute later, Kretzschmar found himself with the ball on the left edge of their box, with the keeper come out to challenge him. He lifted the ball over him into a dangerous area; after a bit of a scramble, Moussa Diarra managed to tap the ball in from very close quarters. 0-1 to Woking.

Smith was very much involved in the goal and received words of recognition and great encouragement from his captain as they returned for the kick-off. He impressed with his hard work during his 20 minute spell, competing in the air, receiving and laying off the ball with his back to the goal, and battling near the corner.

In the 5 minutes added on, Woking maintained their discipline and there were few moments where the nerves were frayed as they moved towards securing the win. Not a great game, and the Cards only came to life in the second half, but it was important to get some points in the bag. Of the â€˜newâ€™ boys, Dalby saw limited action and Iâ€™m sure there is more to come, while Hodges showed familiar glimpses of his ability as an impact sub. The result should build confidence in advance of the vital FA Trophy game at Hereford, but Dowse needs to put his thinking cap on re selection, particularly in the striking department.

Man of the Match: Tommy Block took the opportunity to impress and put in a very solid performance at right back, with the occasional surging run down the wing. Worth a mention for Jonte Smith who was only on for 20 minutes, but was very much involved in the action.