9:05am, Thu 17th Oct 2019
All at Woking Football Club are very saddened to hear of the passing away, earlier this week, of former player Geoff Hamm, aged 89.

Geoff was Woking through and through; born close to Kingfield Stadium, school friends with former Club President Phil Ledger, he worked at the Lion Works and moved to the new family home on Egley Road. It was there that he passed away surrounded by his close family. Over the years Geoff had maintained his connections with Woking and been a very frequent spectator at games until incapacitated through ill health.

Geoff Hamm played his first Woking game v Walthamstow Avenue in 1950 and went on to make 261 League and Cup appearances for the Cards as an inside forward, scoring 113 times to make him the clubâ€™s 8th highest goalscorer. He won 22 England Amateur caps and was part of Wokingâ€™s famous Amateur Cup winning team. Following the Wembley triumph he moved to Wimbledon where he played for a number more years and gained another Amateur Cup winners medal in 1963.

We would all like to express our condolences to the Hamm family at this sad time.

Further details of funeral arrangements will be announced as they are known. 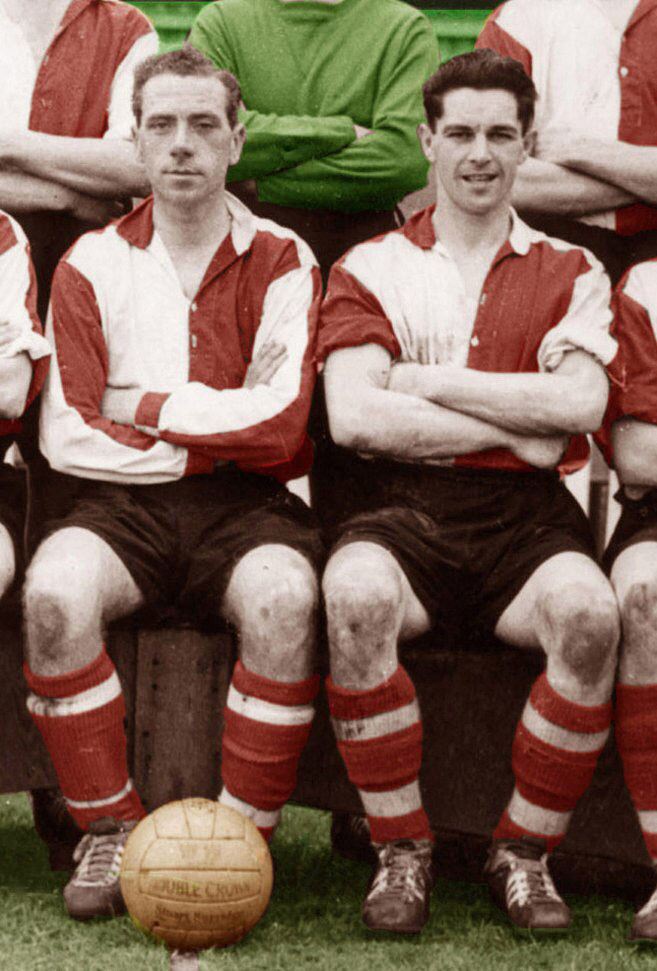