Find out the results of your voting!

Nick Shaw
8:12pm, Sun 22nd Dec 2019
The results are in for the Woking Football Club Kit, Season, Match, and Goal of the Decade!

When it came to 'Season of the Decade' you decided that last season's promotion winning season, which included playing Premier League Watford at home in The Emirates FA Cup 3rd Round. Our title winning season in 2011/12 came 2nd, and in 3rd place was our 2014/15 season.

The top two Matches of the Decade were both from last season, with the Play-Off Semi-Final at home to Wealdstone topping the votes ahead of the FA Cup match at Swindon Town. In 3rd place was the excellent 3 - 0 demolition of Bury in the FA Cup from 2017/18.

Goal of the Decade was only going to be one winner, of course it was Giuseppe Sole's free kick away at FC Halifax Town, captured live on BT Sport. In 2nd place was Joey Jones' long-range shot against Forest Green Rovers, and 3rd place was another long-range effort, this time from Chris Arthur against Maidenhead United.

Voting for 'Player of the Decade' will open tomorrow. 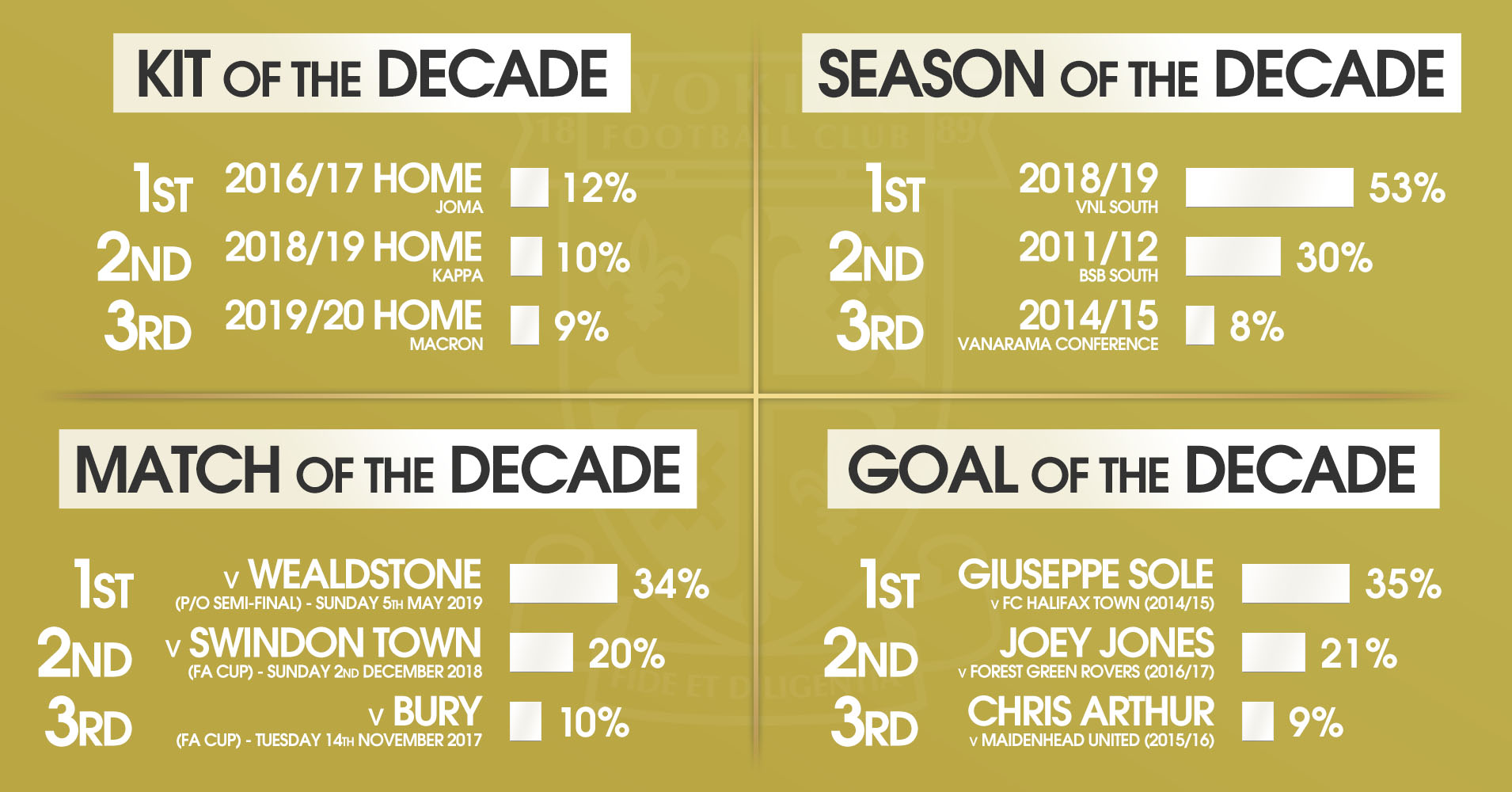