Woking continued their pre-season campaign with a very short trip to Westfield, after defeat at Hanworth Villa on the Saturday. Alan Dowson named a different team for each half, with the majority of the first team squad apart from Kane Ferdinand and Matt Jarvis in the lineups. There were also places for four academy players, with Leo Hamblin, Jayden Wareham, Jack Skinner and Jayden Hutchings featuring in the second half.

With a capacity crowd of 200 (due to crowd restrictions) spread out around the Woking Park ground, the Cards dominated the ball in the early stages, and 10 minutes in, John Goddard had a go from range, which had to be tipped over by the Westfield keeper, and from the resulting corner, Jack Cook had a free header which went straight at the keeper. A rare Westfield attack forced a smart save out of the Woking trialist keeper with his feet, before another shot from range from a trialist midfielder caused the Westfield keeper to push the ball away from his goal.

A low drilled cross from Dave Tarpey (pictured above) appeared to be causing no problems before it bobbled up and off a Westfield defender, forcing the keeper to tip the ball over the bar. This time, Woking took their chance from the corner, a pinpoint delivery from Tarpey met by a looping header from a trialist centre back, which flew into the net. Minutes later, another free header for Jack Cook flew wide of the goal, as the Cards cranked the pressure up.

The second Woking goal was brilliantly worked, as the impressive Goddard showed why a lot of Woking fans have wanted him back for years. Magical footwork from the winger saw him twist his way past a defender before nutmegging another defender and delivering an excellent cross which found its way to a trialist midfielder, who slammed the ball home with a cool finish. It should have been 3 as an extremely inviting low cross from Cook was agonisingly close to being tapped home by Tarpey or a trialist striker, and a brilliant whipped cross from Tarpey found the head of the trialist, who fired agonisingly wide. 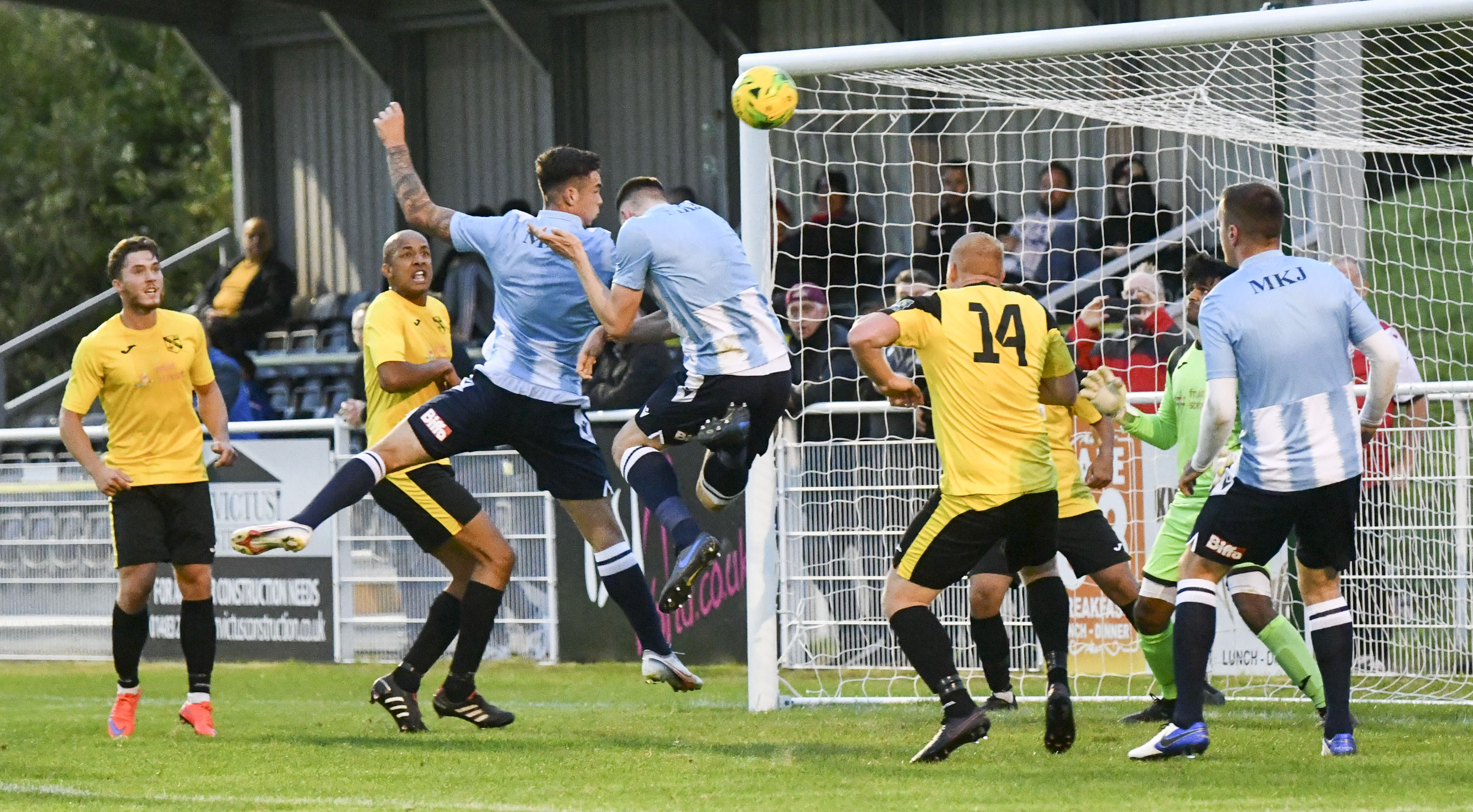 As the half time whistle blew from the referee, you could tell that the Woking fans amongst the crowd were entertained by the first half performance - a number of promising and impressive displays from the likes of Goddard and the trialists.

The second half saw a much more youthful Woking team on the pitch, and this inexperience began to show as Westfield began to create more chances. However, one player who began to shine was the Trialist winger in the second half. He was giving the Westfield defence nightmares with his direct running and close control, and created some good chances, just five minutes into the second half, he drilled a shot narrowly wide from the edge of the box.

Moments later, he nutmegged the Westfield full-back with ease, before hitting a low shot which appeared to be saved by the feet of the keeper. A free-kick was then won on the edge of the box, in a dangerous position, and the impressive trialist on the winge curled one which was heading into the top corner, but was pushed behind excellently by the keeper. Westfield began to increase the tempo, and they were creating a bunch of gilt-edged opportunities, one of which was a low driven cross, and the striker had the goal at his mercy but dragged wide.

Great play from a Westfield midfielder forced an acrobatic save out of Craig Ross, and Westfield got a goal back after a good low cross was tapped in past a hapless Ross. Westfield had a few good chances to equalise, but none of them really troubled Craig Ross, as the second half Woking team failed to create much in the way of goal scoring opportunities.

The referee blew the full-time whistle, as a very intriguing game of football came to an end. Woking were very convincing for most of the first half, and in the second half, the trialist winger was extremely impressive, and although the results do not mean much in pre-season, Alan Dowson will be happy with the trialists who impressed him in the first half, giving him plenty to think about as the Cards build for the new season.

Man of the Match: Impressive displays from a number of trialists, but John Goddardâ€™s classy footwork led to the second goal and also entertained and excited the crowd.