7:34am, Thu 8th Oct 2020
Woking Football Club is sad to announce the passing of Syd Legg, a long-term support of the Cards.

Syd sadly passed away on 30th September. He supported the club for 42 years, along with his son David. His first game was 9th September 1978 at home to Leytonstone which ended in a 2-2 draw. There were many highlights which started with the FA Cup run that same season where we lost in the 2nd round to Swansea after a replay. There were many other FA Cup games including the games against Coventry and, more recently, at home to Watford, not forgetting the three FA Trophy wins at Wembley. There were many league triumphs as well, including three promotions to the Conference. His undoubted highlights, however, were the trips to West Brom and Everton in 1990/91 - days which will linger long in his memory.

He was always very friendly and jovial and made many friends over the years, both within the club and on the terraces, where he stood on either the Chris Lane Terrace or behind the goal at the Kingfield Road End, chatting to people about the ups and downs of the game, passing judgement on many managers and players!. He also loved his away day trips on the coach, going as far north as Newcastle and Gateshead, passing the time reading the newspaper or chatting happily with his fellow supporters. 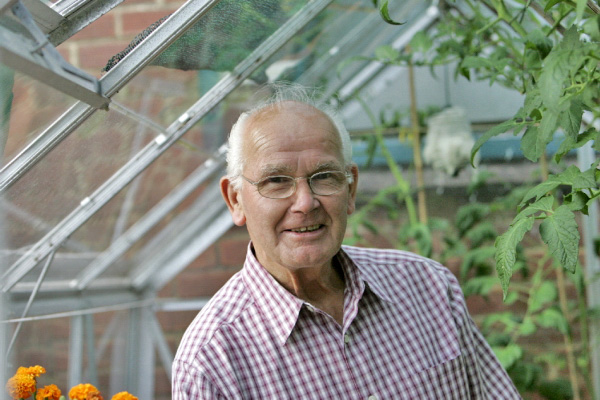 Outside of football, he was a much loved family man, happily married for 64 years with three children and three grandchildren. He also loved his garden and his dogs. He worked for the Post Office for 43 years and was, more recently, a volunteer driver for St Johns Care where his friendly and chatty nature was much appreciated by his passengers.

Looking down on the first game of this season, he will have been delighted with the win against Solihull but no doubt sharply critical of some aspects of the performance!