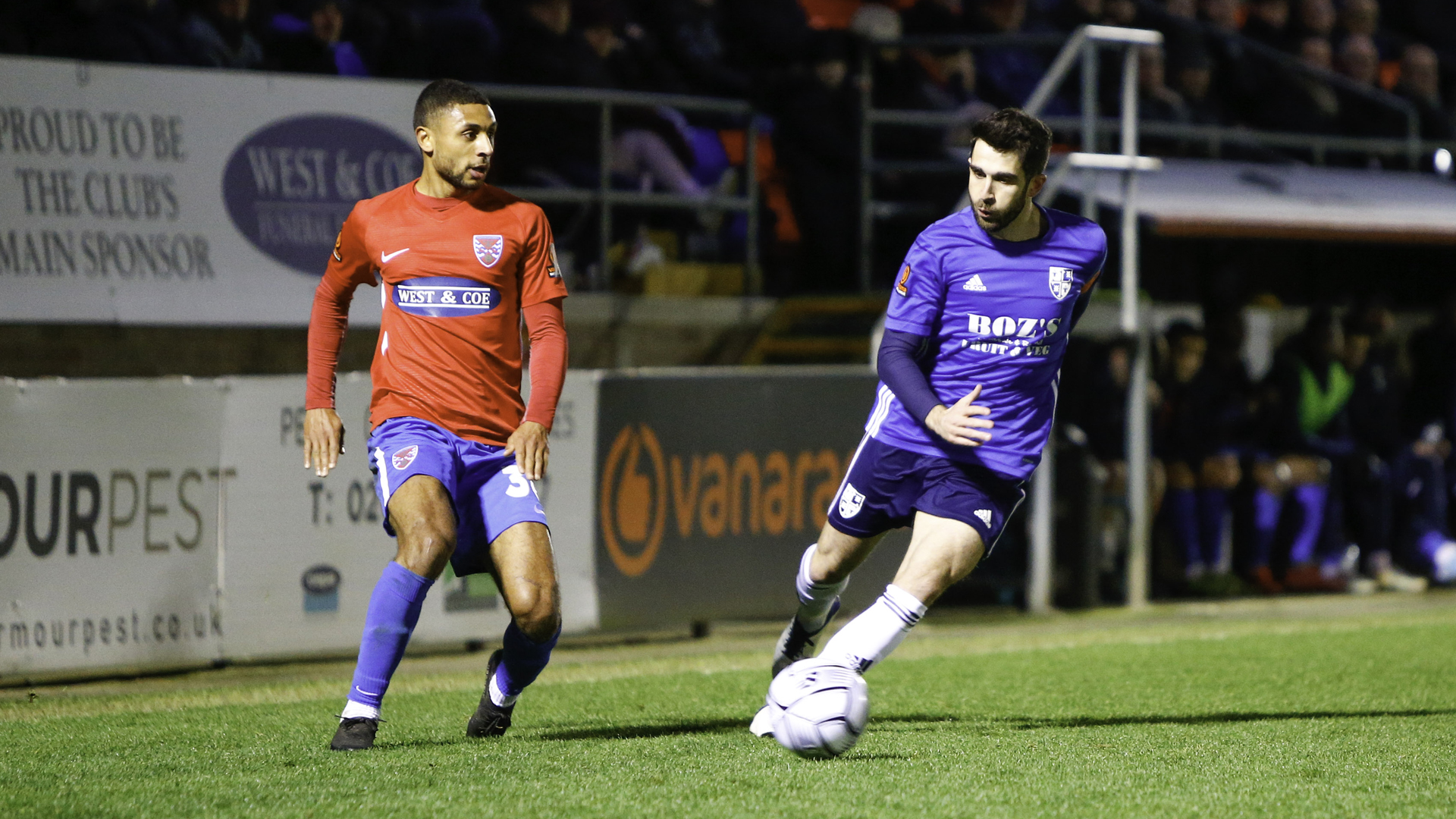 Woking will be looking to end a run of six National League matches without a win when they host Notts County at the Laithwaite Community Stadium on Saturday.

It’s been a tough run for the Cards, who have just one win this calendar year, but the last month has shown signs of improvement – with a comeback which fell just short against Southend United, a narrow defeat to league leaders Stockport County, plus draws with Altrincham and, last time out, against Dagenham & Redbridge. Alan Dowson’s side had plenty to be proud of on Tuesday evening when, despite being down to ten men for more than 70 minutes, they stuck in the game and reaped their rewards late on with Inih Effiong’s fourth goal in as many games.

Of course, the obvious downside to that result was Rohan Ince’s red card, which means Woking’s midfield maestro will miss the next three league matches. Dowse will at least be boosted by Tuesday’s performance of Ince’s midfield partner, Solomon Nwabuokei, who looked back to his best after a prolonged spell on the fringes of the team because of COVID-19. The former St Albans man could be partnered in the middle of the park by Jermaine Anderson. Max Kretzschmar is also fit again, with the playmaker coming off the bench to claim the decisive assist on Tuesday.

Notts County have shown flashes of quality this season, as is to be expected from a club of their stature, but their results have arguably been more mixed than expected. Playing in their third season in the fifth tier, after third and fifth place finishes, they currently sit eighth in the league table, with 49 points from 27 games, two points behind Bromley in the final play-off place with a game in hand.

They are in the middle of the form table with two wins, two draws and two defeats in their last six league games – with wins over Eastleigh and Barnet, draws with FC Halifax Town and Wealdstone, and defeats to Bromley and Grimsby Town. They have also progressed to the quarter-finals of the FA Trophy – winning away at Halifax in the last round.

Manager Ian Burchnall has a hugely talented squad to pick from, led by top scorer Kyle Wootton, who has netted 15 times this season. Callum Roberts and Ruben Rodrigues also provide plenty of threat from the wide positions – the pair have 20 goals between them this season. Another key player is club captain Kyle Cameron. The defender, who missed the reverse fixture in October, spent the last three years at Torquay United.

This match will be segregated, with Notts County fans being allocated the Chris Lane Terrace and some seats in the Seymours Community LGS.
Tags
Share Facebook Twitter Print