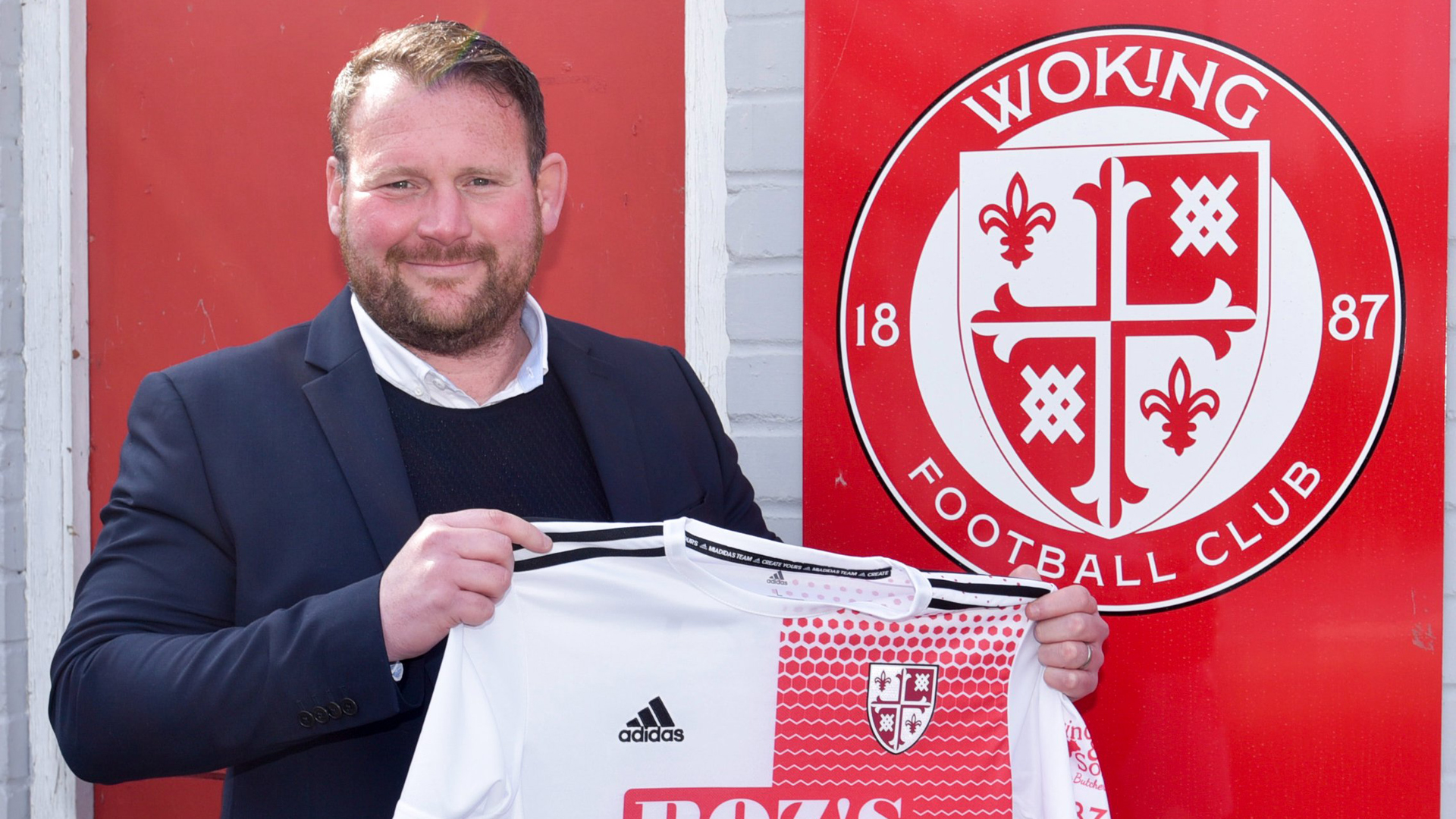 Daniel O'Sullivan
10:00am, Mon 28th Mar 2022
Woking Football Club is pleased to announce the hiring of Darren Sarll as Manager.

Sarll joins the Club from Yeovil Town where he has held the same role since June 2019. Sarll’s contract runs through the end of the 2023/24 season.

“The Club received dozens of quality applications for the job, and Darren was a top candidate from the moment we reviewed his CV,” said Woking Chief Executive John Katz. “We were extraordinarily impressed with his aggressive playing style, budget maximization, and the table positions he has achieved in his time at Yeovil, including reaching the playoffs in his first season.”

Sarll, 39, has managerial and coaching experience in the Football League and the National League, including two stints at Stevenage, along with spells at Brentford, Rotherham United, and Yeovil Town.

He also served as Academy Manager and U23 Manager for Watford in the Premier League.

During his second stint at League Two Stevenage, Sarll was named Caretaker Manager in February 2016, earning results in 11 of their last 18 matches of the season – lifting the side from a relegation battle before finishing safely in 18th. He became the permanent Manager at the end of that season and engineered a lift from 18th to 10th in the table between the 2015/16 and 2016/17 seasons.

“I am very honoured and proud to be offered the Manager’s position at one of the last great Non-League institutions,” said Sarll. “For years Woking has found success at the very top of Non-League, and in tandem with John, Drew and the Board, my ambition is to close that gap that exists right now within what is a very competitive division.

“After twenty years of working in this industry, I hope my experiences can accelerate the professional on-field growth of the Football Club. I am looking forward to meeting the players and staff and all of you – the supporters."

Caretaker Manager Ian Dyer will resume his duties as Assistant Manager under Sarll. The Club would like to congratulate Ian on his record as Caretaker, which featured a run of 3 wins on the spin, 4 consecutive clean sheets, and 10 points from a possible 18.

Media enquiries should be emailed to daniel.osullivan@wokingfc.co.uk. Darren will be available to speak to members of the media from 14:00 - 15:00.
Tags Darren Sarll
Share Facebook Twitter Print

In the last hour
Club News