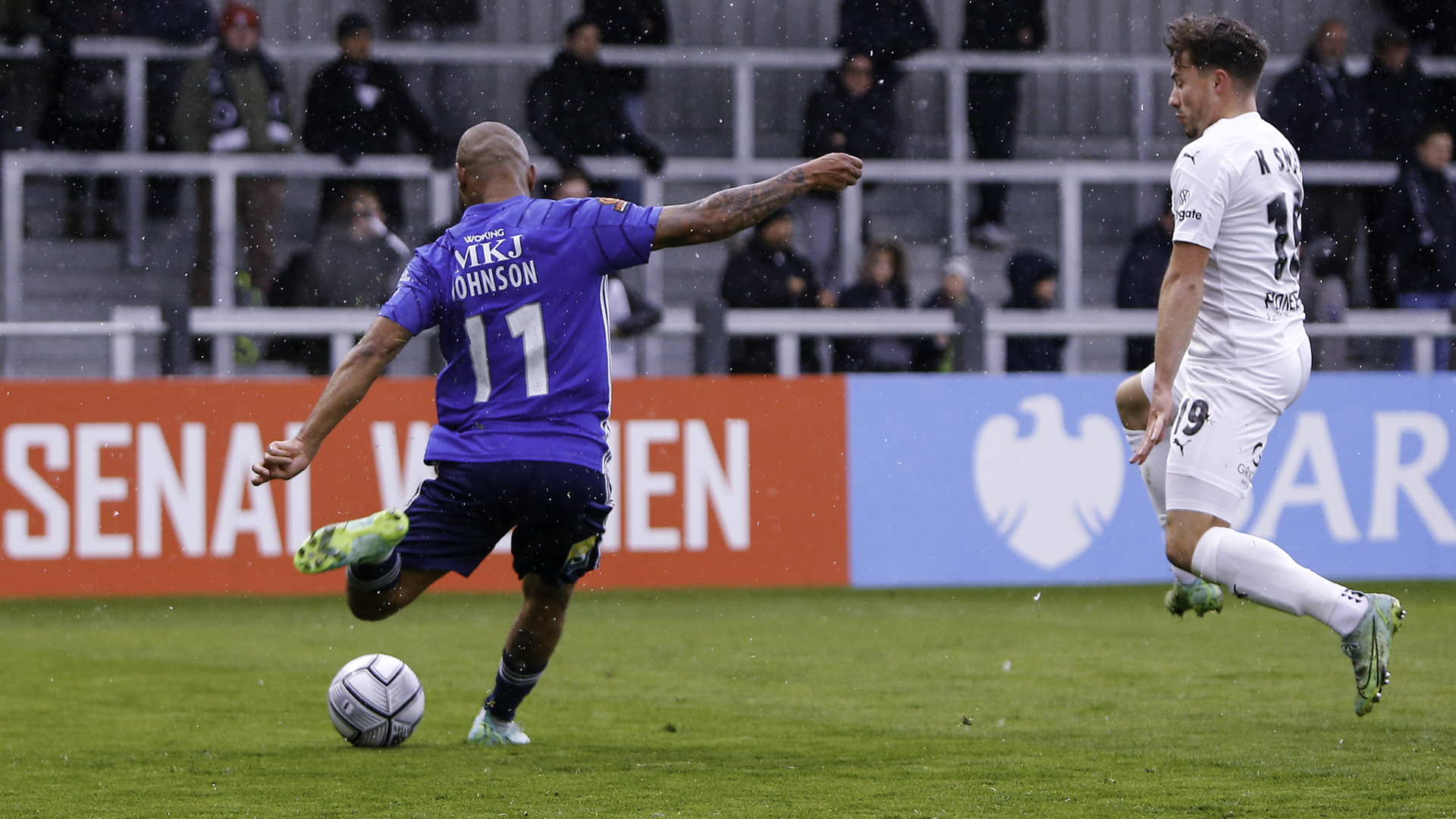 Woking will look to make it five wins out of six in the National League when they make the trip to play-off chasers FC Halifax Town on Saturday.

Last Saturday proved to be the perfect start for new Woking manager Darren Sarll who, alongside Ian Dyer, masterminded a 1-0 win at Boreham Wood, the Wood’s first home defeat of the season and a first win for the Cards in the fixture in the last 12 meetings. Max Kretzschmar scored the only goal from the penalty spot, his 11th of the season, with Rohan Ince’s red card the only sour note on an otherwise brilliant afternoon’s work in front of the BT Sport cameras. The result leaves Sarll’s side 14th in the league table, 18 points clear of the bottom three and with National League safety all but mathematically secured for another year, and just three points adrift of the top half.

Ince will serve a one-match ban after picking up two yellow cards, but other changes could be minimal after such an excellent performance, with Olly Pendlebury and Jack Roles the two most natural replacements for the combative midfielder. Moussa Diarra, Kyran Lofthouse and Jermaine Anderson also remain sidelined, although none of the three are thought to be too far away from a return.

Halifax have enjoyed an excellent season. After losing key players during the summer, they were tipped to struggle by many, but have confounded their critics to maintain their promotion challenge throughout the campaign, and whilst automatic promotion now looks to beyond them, a play-off place should be there’s for the taking. They are currently in third place, with 70 points from 36 games, and have an 11-point cushion on eighth place – albeit having played two games more. They’ll be keen to finish in the top three to secure a first-round bye in the play-offs – they currently have a two-point gap to Solihull Moors in fourth place, whilst Chesterfield are only a point further back.

Their recent form has been more mixed however, with just one league win in the last four, and a surprise 2-0 defeat at lowly King’s Lynn Town at the end of March. Prior to that they had won five straight games, four of those at home, with victories over Barnet, Dover, Bromley, and Torquay. Their last home defeat in the league came against Boreham Wood at the end of January.

The star man for Pete Wild’s side this season has been Billy Waters, who has enjoyed the most prolific season of his career, scoring 20 times in all competitions, including in eight of his first 10 games. Other players to look out for are attacking midfielder Matty Warburton, a former loanee for Darren Sarll at Yeovil, and Manchester United academy graduate, winger Zak Dearnley.