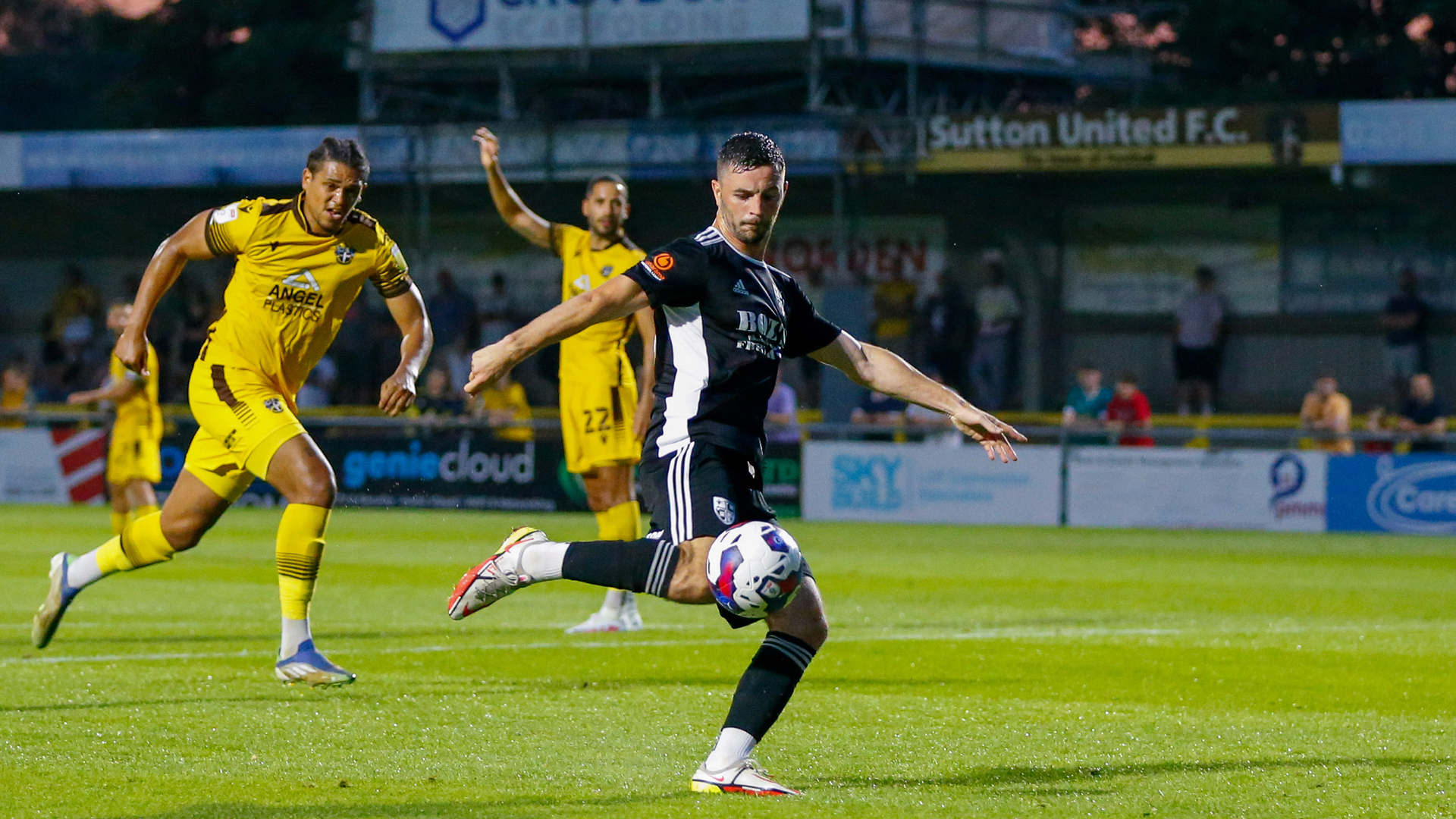 Woking will travel into London on Saturday as they take on old rivals Hampton & Richmond Borough in the club’s final pre-season encounter ahead of the new National League season.

It’s been a successful pre-season campaign for Darren Sarll’s new-look squad, who comfortably beat Southern League side Stratford Town 4-1 on Tuesday evening, with goals from Padraig Amond (2), James Daly, and Jermaine Anderson securing a third win in five. Whilst the majority of Sarll’s 18-man squad looks settled, there could yet be time for a couple of late additions, with two trialists on show in Warwickshire, alongside academy player Trevor Caborn, who were all looking to play their way into the manager’s thoughts.

Woking fans will need little in the way of introductions to Hampton, the former club of assistant manager Ian Dyer and captain Josh Casey, as well as the Cards’ former boss Alan Dowson. The two teams have met over the summer in both 2020 and 2021, with the Beavers winning one and drawing the other, after the Cards won both of most recent competitive meetings in December 2018 and January 2019 respectively.

Hampton are still managed by Dowse’s successor, Gary McCann, who has led the club to finishes of 15th, 8th (on PPG), and 11th in his three completed seasons in charge.
Last season they missed the play-off places by eight points after recovering from a slow start to finish comfortably in mid-table.

A mixed pre-season has seen the Beavers win two, draw two, and lose two – with wins against a Charlton Athletic XI and Hanworth Villa, draws with Hayes & Yeading and Carshalton Athletic, and defeats to the Met Police and a QPR XI. Like Woking, this is their final friendly game before their season starts in earnest next Saturday away to newly promoted Cheshunt.