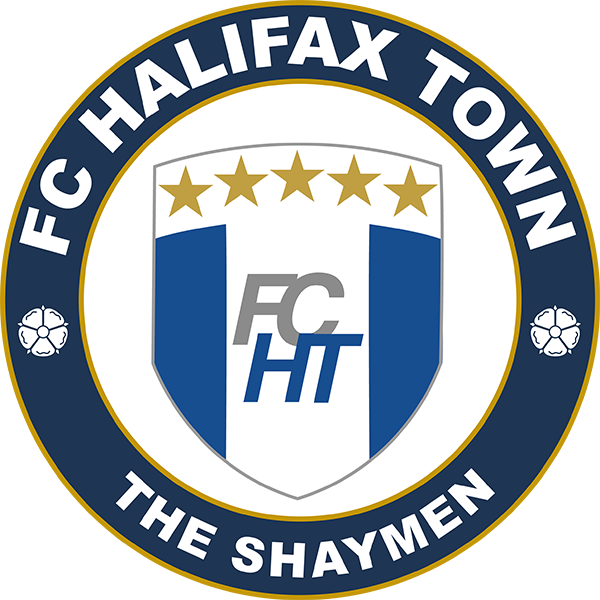 Wokingâ€™s long search for a win will continue on Tuesday as they travel to FC Halifax Town in the Vanarama National League.

Halifax have enjoyed a strong season so far and remain firmly in the race for a play-off place. They have accumulated 56 points from their 35 games, putting them in fifth place, with a three point cushion on eighth place, albeit with games in hand for the chasing pack. Their recent form is mixed, with four wins and two defeats so far this month, including a 4-0 home thrashing by Wrexham and a narrow 2-1 loss to Bromley, also at the Shay, but away wins at Chesterfield and Altrincham have kept them firmly in the hunt for a top seven finish.

Moussa Diarra was a surprise inclusion against Maidenhead on Saturday, but the towering defender is expected to miss Tuesdayâ€™s trip north, as he returns home to France. Dowse will be hoping for more positive news on strike duo Sam Ashford and Zach Robinson, who are the closest to escaping the clubâ€™s lengthy injury list, but the manager does at least appear to have no fresh injury concerns following last weekendâ€™s outing. Midfielder Jack Skinner will be hoping to continue to impress after making his first National League start against the Magpies, whilst winger Joe Leslie will be aiming to add to his first-team debut from the bench.

Pete Wild took over at Halifax in July of 2019, replacing Jamie Fullarton, and enjoyed an excellent first season with the club. Still only his 30s, Wild has always been a coach rather than being a former professional footballer like so many of his counterparts. He coached at Oldham Athletic in a number of positions, remaining with his boyhood club for more than a decade, before twice being appointed as caretaker manager and eventually the permanent boss for a brief spell in 2019. He left the club that summer before joining the Shaymen two months later.

Striker Jake Hyde will need little in the way of introduction to the Woking supporters. The 30-year-old forward, who scored 30 goals in all competitions during his two years with the club, has been in fine form for the Shaymen of late. After being forced to wait until December for his first goal, mostly due to an injury which disrupted the first-part of his season, he has since netted nine times in the last 17 outings, including two in the last three games.

A familiar scoreline for Woking this season, this was the first of five National League goalless draws to date, and another with very few chances to speak of. Dowse and his team will have happier memories of their last trip to the Shay, winning 2-0, with Max Kretzschmar and Jake Hyde scoring the goals in the penultimate game before the start of the pandemic.

The Cards start their final month of fixtures by hosting Weymouth on Saturday. Thatâ€™s followed by a trip to Dagenham & Redbridge on the Easter Monday Bank Holiday.

Cards on the end of a Hydeing

An attacking masterclass from former Cards player Jake Hyde ensured Woking finished April winless and stretched their losing streak to five, as Halifax ran out 1-0 winners at The Shay.

There were just two changes to the side defeated at Maidenhead on Saturday, Zach Robinson came in for Paul Hodges for his fourth league start of the campaign, while Leo Hamblin (pictured) replaced Jack Skinner.

You would have been forgiven for believing this game was played on its original date at the end of February, such was the appalling weather conditions (the change occurring due to Wokingâ€™s involvement in the FA Trophy). The rain swirled in the bitterly cold winds which only seemed to grow as kick-off approached at the second largest ground in the National League.

The opening stages proved a scrappy affair, with both sides looking to ease themselves into the contest. The Cards were given an early sighting of what was to come as Hyde - who left Woking last summer and scored in this fixture for the visitors in March 2020 - turned Moussa Diarra with ease before playing a curling pass from the right in search of strike partner Billy Chadwick. The 21-year-old, on loan from Hull City, could not make up the ground required, and the ball fell comfortably for captain-keeper Craig Ross.

It was in the ninth minute the game looked to have found its rhythm as Jack Cook picked up the first booking of the match for a cynical foul. The resulting free-kick, wide on the left, looped inches over Hyde at the back post.

Wokingâ€™s first true forage forward led to Robinson winning a free-kick halfway between the penalty box and the centre-circle out on the right. Cooper, who made 31 appearances for The Shaymen last season, whipped a teasing ball into the area, finding the free head of Ben Gerring whose effort was saved well by Sam Johnson. The resulting loose ball was tapped into the net by Sam Dalby, but the striker was denied his second league goal of the season by the linesmanâ€™s flag. The decision received numerous but not particularly strong appeals from the Woking players.

The half which seemed predominantly built on set plays - hardly surprising in such torrid conditions - saw another zipping ball come in from the Halifax left. This time Luke Summerfieldâ€™s cross evaded all before going whiskers wide of the far post.

Following Martin Woodsâ€™ booking for diving, Woking broke and some excellent work from Robinson down the left led to a corner. Cooperâ€™s cross was cleared with ease and the home side countered quickly, Chadwick finding Hyde with a neat pass, but the forward could only drag his shot from just inside the penalty area wide.

Moments later, with the clock ticking over the half-hour mark, Hyde once again defied the offside trap to pick up the ball on the left. The Woking defence allowed their former teammate far too much room and respect as he cut inside before curling his shot again wide of the post with Ross scrambling.

If these two scorned efforts were not warning enough to the Cards, a short corner neatly worked by Halifax midfielder Martin Woods was crossed expertly into the area. Hyde, forever lurking at the far post, rose highest and aimed a powerful header into the top corner, forcing Ross into a truly exceptional flying save with a strong right hand.

The home sideâ€™s determination and attacking intent proved why they are in pole position to secure a play-off spot for the second year in a row. Manager Pete Wild, preferring to sit in the stands rather than the dugout, roared his approval as Chadwick worked the ball well into the area but could only fire his driven shot from the right wide of the post.

Wokingâ€™s best chance of the half came just shy of the break, a poor back pass on the left from veteran midfielder Summerfield was bogged down by the now quenched pitch. Dalby was quickest to react, beating keeper Johnson to the loose ball but losing his balance enough to merely poke a shot at a gaping goal allowing Halifax time to clear.

The interval saw a fresh Halifax eleven enter the pitch- the grounds team of volunteers and officials charged with helping the sodden grass drain some of the deluge. They did an exceptional job as the players jogged back out from the comfort of the dressing rooms.

A scrappy and largely uneventful opening to the second half did at least bring some light entertainment in the form of the substituteâ€™s board being broken, forcing the fourth official to simply scream that it was John Freeman who was making way for Paul Hodges.

Cards right back Jack Cook was clearly inspired by this as moments later he broke quickly, playing a give-and-go with Hodges before feeding Robinson who, after much hesitation, could only bend his shot wide from just outside the penalty area.

The 18-year-old, on loan from AFC Wimbledon, was a bright spark in a largely laboured performance from Alan Dowsonâ€™s side and worked the ball well into the area again before Kyran Lofthouse was booked for preventing a Halifax counter.

The resulting free kick was played along the line before being brilliantly brought down by Chadwick, who cut inside on his right foot before forcing an equally superb block from Diarra.

Hydeâ€™s first half threats were not heeded by the Woking defence as a looping ball played forward from Woods evaded everyone in the visiting back line, finding the former York City striker who tapped home from six yards for his tenth league goal of the campaign. With fifteen minutes remaining, it was clear how much taking the lead meant to the home side who sit fifth in the National League. For Woking, it was a sloppy goal to concede.

Much like the rain throughout the contest, that goal seemed to dampen Wokingâ€™s spirits as Kieran Green was able to race through straight from kick-off and fire a shot only centimetres wide of the left-hand post. Just minutes after Hyde thought heâ€™d picked up his second of the night, tapping in from a low cross, but the goal was correctly chalked off for offside.

Woking battled bravely in search of an equaliser, but it was too little too late. Some good work down the flanks by Robinson led to his left-footed shot being saved comfortably by Johnson, as the ninety-minute mark loomed.

As referee Aaron Jackson blew for full-time, the Cards can only be thankful there is no relegation scrap to be had this season.

You have to go back to January 2018 for the last time Woking produced as appalling a run of results as they are currently on, having now lost eight of their past nine in all competitions.

Dowsonâ€™s side will hope to rekindle some form as they host similarly struggling Weymouth on Saturday. For Halifax, they face a huge clash on May Day as they welcome Stockport County in a fourth-against-fifth encounter.

While last yearâ€™s 2-0 win at The Shay stands as one of the most impressive and professional performances Woking have produced in recent years, the same has to be said of their former goal scorerâ€™s showing. This truly was a game ran and won by Jake Hyde.

Man of the Match Zach Robinson