Last Minute Woking Heartbreak As Mariners navigate towards the play-offs 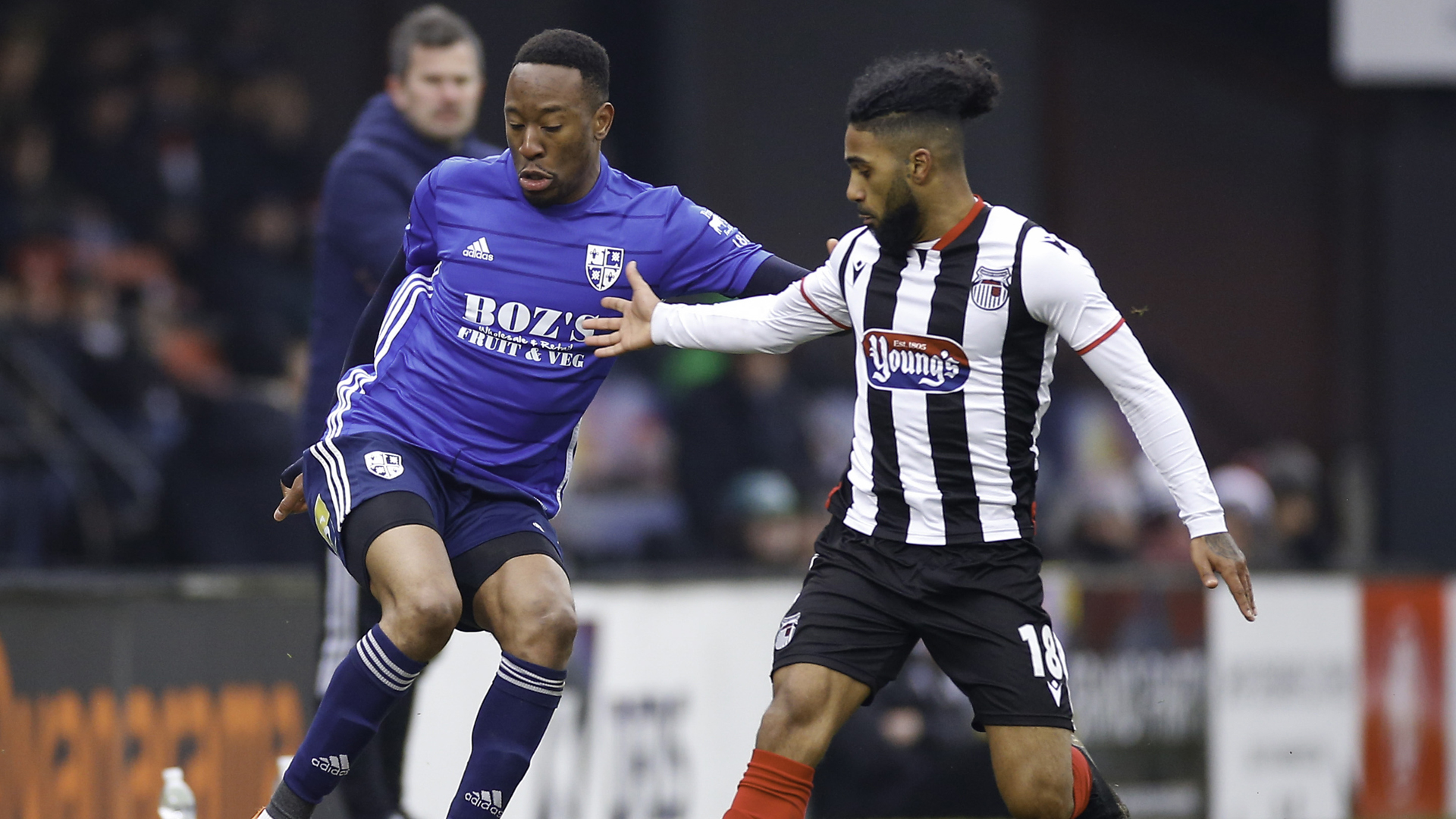 With the dust settling following Alan Dowson’s departure on Monday, it was left to Ian Dyer to take charge as The Cards headed to North-East Lincolnshire to face play-off chasing Grimsby Town. A match on the road could well have been seen as the tonic away from the restless home crowd that greeted them at the final whistle last time out against Notts County.

What may well have been sighted as a free-hit for Dyer as he took charge of his first match, and one in which changes not of a diminutive amount could have been made, a safe choice of XI was ultimately selected. Following his injury, Lofthouse was the only name not on the team sheet from the previous week, with Annesley dropping to right back forming a back four. New signing Oliver Pendlebury made his bow the day after he signed on loan from Wycombe. There were new signings on both sides, with Jones running out for The Mariners, traversing the Humber on loan from Hull.

Amid blustery coastal conditions, the Cards played towards the travelling support in the first half; a half which began with positive play from Effiong and Kabamba down the right flank. Debutant Pendlebury had been charged with dead-ball duties and didn’t have to wait long to impact proceedings when, in the 5th minute, he floated in a free kick deep from 40 yards which, once cleared, presented him a chance to drill a shot in, only to be saved by Crocombe low down.

The makings of what became a pattern of, certainly, the first half began to show 10 minutes in when good work from Tyreke Johnson down the left wing drew a foul. The free kick by Pendlebury was curled inwards, onto the head of Diarra, whose looping high header was tipped over by Crocombe for a corner. The hosts made their first meaningful attack count in the 13th minute as they attacked on the right with the lively Efete and Sousa linking up with close play, which led to a strike from 8 yards out by Efete, solidly blocked by Ross as the ball went out behind. Corners have proved troublesome for The Cards of late and so another proved to be when the ball was swung in from the right met by the head of Mariners’ captain Waterfall. This effort was blocked and came back to Sousa whose follow up strike was cleared off the line by the authoritative Moussa Diarra to maintain the shut out.

The switch by Dyer to a back four permitted the wingers to focus on their attacking game with full backs Casey and Annesley holding the backline. A period of play mid-way through the half brought neat interaction between Allarakhia and the wide men Kabamba and Johnson. All three were involved in running pacey attacks that applied pressure on Grimsby’s backline, culminating in a good chance 22 minutes in. Pendlebury again stood over the ball for a corner, whipped it in, drawing a strong header from a rising Diarra who flicked it back across goal, falling to Allarakhia to shoot, but with bodies in the way it rolled through to Kabamba who attempted futilely to turn it goalward.

McAtee persisted in battling doggedly and countering Woking’s attacks with strong runs into the visitor’s half again supported by Efete and Sousa out wide. Around the half hour mark, this led to a chance when a one two offered Sousa an opportunity on the edge of box, going high and wide past Ross’s left stick. A subsequent Grimsby attack into the box from the left, afforded the growingly impactful Abrahams time and space on his left to shoot, but again stewarding the ball high over the bar.

The Cards headed down the tunnel at half time having had a good share of the first half and but for those two quick fire efforts from Waterfall and Sousa. Without the attacking emphasis of Lofthouse on the right, it fell to Johnson, with great support from Casey on the left to forge the best chances for the travelling side.

The hosts began the second 45 with renewed vigour, calling on Ross to be alert soon after kick off; heavy Grimsby possession led to Abrahams, poised on the ball 6 yards out, drilling it left footed at Ross, who pushed over. The indefatigable pair McAtee and Sousa sustained the attacking threat with subsequent efforts, though not drawing saves this time from the travelling gloveman. This period was capped off by the home side putting the ball in the net, only for Abrahams’ effort to be disallowed for a foul on a reprieved Ross.

Much of the second half was to be a case of holding on for the Surrey men, withstand pressure and were able to stick to their task; aided by an imperturbable display from Diarra in the face of growing pressure. On the hour mark, Dyer rolled the dice for the first time, bringing on Kretzschmar in place of Allarakhia who had a quieter second half following a creative first 45. Max’s entry onto the stage saw improved link up play, suggesting that settling for the point may not have been the sole aim of the half.

Intermittent attacks at both ends came later into the half, as the host’s urgency slowly began to peter, leading to a switch in midfield as Sousa departed for loanee Dieseruvwe. He found himself amidst the action soon after as he flicked wide a cross from the right by Abrahams. Woking also made a change in personnel, with George Oakley replacing Effiong up top, who cut a frustrated figure as he left the field.

As the fourth official confirmed there would be 5 minutes of stoppage time, Kretschmar generated good play in the middle before threading the ball out to Kabamba and Oakley. Kretschmar then tried to grasp the three points but it was cleared away. Deep into the 5th minute the hosts won a free kick, drifted it into the box, with the ball finding its way out to Abrahams on left-hand side, who struck it hard back across and was bundled in by Dieseruvwe

This sucker punch at the death will have been a hard pill to swallow for Dyer’s men as they headed back south, as their battling display was well worth the point that seemed to be coming their way. A prime opportunity to get back to winning ways awaits just around the corner against King’s Lynn, so heart and belief will be taken from today’s performance.

Man of the Match: Moussa Diarra – A stoic performance at the back, thwarting many potential attacks as well as proving a good target man when attacking.
Tags
Share Facebook Twitter Print