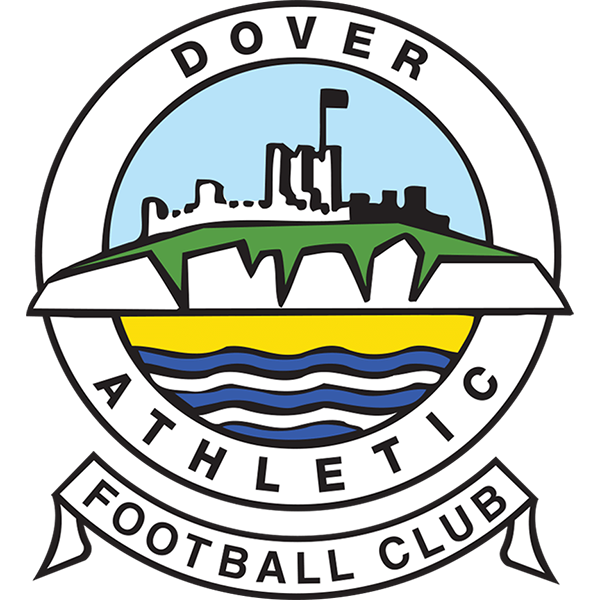 On loan striker Josh Davison will be aiming to score for a fourth straight game as Woking travel to face struggling Dover Athletic in the National League.

The Charlton Athletic loanee was on target again on Saturday as the Cards came from behind to claim a point in a dramatic game against Yeovil Town. Both teams missed a second-half penalty, before Davison took his Woking tally to four goals in five games as he found the net in the closing stages, ending the Cardsâ€™ run of three straight defeats. Alan Dowsonâ€™s side will now be aiming to go one better on Tuesday night as they take on another of the leagueâ€™s early strugglers.

Itâ€™s been a challenging year for Dover, who saw a number of key players depart in the summer amidst reported financial troubles, with their plight only exacerbated by the global pandemic. Their new look squad has had a difficult start to the season, losing five of their first seven league games, and conceding 17 goals in the process, the second most in the division. The Whites shouldnâ€™t be underestimated however, theyâ€™re coming off the back of a two-week break, after exiting the FA Cup last month and seeing their game against Wealdstone postponed under COVID-19 protocols. Theyâ€™ve also shown themselves capable of springing a surprise, having beaten Notts County and Eastleigh this season. Last time out they lost 1-0 at home to Altrincham.

The Cards made just one change on Saturday as Kyran Lofthouse came in at right-back in place of Tyler Reid. It will be interesting to see if Dowse freshens up his side after just a two-day break. The likes of Ben Gerring and Matt Jarvis were unused substitutes at the weekend, whilst Tommy Block could also make his return from injury. Dave Tarpey will be hoping for a rare start.

Andy Hessenthaler has been in charge at the Crabble since 2018, having joined from fellow National League club Eastleigh. Heâ€™s currently in his second-spell with Dover. He won two promotions during his first period with the club between 2007 and 2010, whilst he also finished his playing career. The former midfielder has also played and coached at Gillingham, along with a brief spell at Leyton Orient.

Striker Ade Azeez is one of the more established names in Doverâ€™s new-look squad. The former Charlton Athletic academy graduate has Football League experience with AFC Wimbledon, Cambridge United, and Newport County. Heâ€™s also played in the Scottish Premiership for Partick Thistle. Last season he spent time on loan at Torquay United. Heâ€™s scored once this season, getting the winner in the 3-2 success against Eastleigh.

The Cards grabbed a rare win at the Crabble as they came from behind to continue their superb start to the season. Ricky Modeste put the Whites ahead on the half-hour mark before Jake Hyde drew the visitorsâ€™ level. The game looked to be heading for a draw, only for Toby Edser to score a dramatic late winner from the edge of the penalty area.

The Cards are back at the Laithwaite Community Stadium on Saturday when they take on Barnet. Theyâ€™ll then have a short break before hosting Sutton United at the start of December.

Following the 1-1 draw against bottom of the league Yeovil on Saturday afternoon, Woking travelled to 22nd placed Dover on Tuesday night in search of their first victory in five, since the derby-day win at Aldershot. Dover themselves had won just one of their last six, and had not played for over a fortnight, after their fixture on Saturday was postponed due to Covid-19 issues. Only one change to the starting line-up was made by Dowson, with Dave Tarpey replacing Slavi Spasov in the side, who dropped to the bench.

Doverâ€™s lack of match practice and poor form this season was evident, as Woking emerged as the dominant force for much of the 90 minutes, responding well to falling behind very early on. A red card in the second half for the opposition certainly helped proceedings for the Cards, but by that point the 3 points looked firmly in hand, and they coasted to a resounding victory in south-east Kent.

It was a lively start at Crabble and in the 3rd minute a long ball floated over the top dropped kindly for Steven Rigg just inside the penalty area, his low shot clipping the heel of a recovering Jack Cook and flew past Ross in the Woking goal. It was â€˜route oneâ€™ stuff from Dover, and Woking will be disappointed to concede so early on, particularly in that manner.

However, The Cards responded strongly to going 1-0 down, and a succession of free kicks from Cooper narrowly evaded a Woking touch, and Caseyâ€™s corner forced 18 year old Smith in the Dover net to palm away from danger. In the 10th minute, Davisonâ€™s flick-on from a long ball found Ferdinandâ€™s driving run from midfield, and his attempted dink over the onrushing keeper sailed into the stands. At the other end, yet another floated ball into the middle was this time headed comfortably over by the Dover number 19, Azeez.

In the 16th minute, Dempsey pushed the ball out wide to Josh Casey, who curled a delightful cross straight onto the head of his namesake, on-loan striker Josh Davison who rose like a salmon to direct the ball back down into the ground into the left hand side of the goal. The ball into the box was pinpoint, and Davison simply had to get his header on target to secure his 4th goal in as many games during an extremely successful spell at the club.

Just minutes later, Tarpey was put through over the top down the left hand side, finding himself 1-on-1 with the Dover goalkeeper on the left hand side of the box. Controversially, Tarpeyâ€™s seemingly goal-bound effort struck the arm of the keeper outside of his area, and despite calls for blood from the Woking players, the referee let Smith off with just a caution, perhaps due to the recovering defenders arriving in the box.

Woking will feel the goalkeeper was lucky to remain on the pitch, however all was forgotten almost instantaneously as Kane Ferdinand headed in from the resulting free-kick inside the 6 yard box. Once again, another fantastic cross, this time driven into the corridor of uncertainty by Charlie Cooper, and Ferdinand did well to get in front of his man to nod home Wokingâ€™s second of the night in the 19th minute.

By this point, Wokingâ€™s confidence was sky high, and despite some nice passing moves, Dover really struggled to create any real clear-cut chances. Perhaps through frustration, Jack Munns picked up the second yellow card of the night in the 31st minute after a few poor challenges, giving Woking a central free kick 30 yards out.

Unfortunately for Dover, their weakness of being unable to defend crosses played to the Cardsâ€™ strengths. Woking loaded the box, and Kane Ferdinand completed Wokingâ€™s hat trick of headers after once again being left unmarked in the box and allowed to flick over the stranded keeper for Wokingâ€™s 8th headed goal of the season.

For the rest of the half, Woking seemed content to sit back and soak up the pressure, as Dover attempted to cause some problems for the Cardinalsâ€™ defence. Most notably, a slick move from Dover co-ordinated by Gillingham loanee Bramble led to Rigg firing into the side netting after being left unmarked at the back post â€“ he really should have scored. On the stroke of half-time, Woking nearly had 4, as a darting run from Dempsey ended in the Whitesâ€™ keeper diverting his shot round the post.

The second half picked up where the first half ended - lively - but there was a distinct lack of quality with some scrappy play in the middle of the park followed by the stereotypical non-league style of â€œhoofballâ€�. This suited the Cards quite nicely, considering the scoreline; however the Dover boss promptly made a change up top, hoping for an impact.

Nonetheless, Woking kept their concentration and did not allow Dover any way back into the game, with all 3 of Doverâ€™s substitutes rendering ineffective. In the 65th minute, following a sharp turn Charlie Cooper was crunched in the centre of the park by Goburn, who was promptly given his marching orders by referee Ryan Atkin. It was a horrific challenge, summing up Goburnâ€™s all around poor performance.

Despite the red card, Dover still had life in them yet, and moved the ball around tidily, but like in the first half lacked the creativity and cutting edge needed to really threaten Ross in the Woking goal. Fantastic work from Kretzschmar pushed Dover out wide in one of their more forthcoming moves, and captain Casey took the pressure off his side by winning a free kick deep in the defensive third in trademark fashion.

In the 76th minute, Woking finally got the space to launch a counter-attack, with Davison being unleashed down the right hand side. He drove towards the Dover goal, spotted Kretzschmar in space, and picked him out with an excellent driven pass across the edge of the box, leaving Mr. Reliable with the simple task of smashing home for Wokingâ€™s fourth. Credit too must go to Tarpey, whose last action of the night was a fabulous decoy run to give Kretzschmar all the time in the world to take his chance.

With that goal all but sealing the win for the Cards, the quality football started flowing again, as Davison struck the bar, nearly scoring his second of the night. Casey played a beautiful ball down the line to substitute Matt Jarvis, and the ball found its way to Davison at the back post â€“ admittedly, the ball seemed to take a bobble, turning an attempted cross into a rocket of a shot that would have been a goal of the season contender, had it rippled into the net.

In the 83rd minute, yet another set-piece resulted in a 5th (Fifth!) goal for the Cards, as Charlie Cooperâ€™s superb whipped corner was bundled in by the arriving Slavi Spasov with his first touch, who had only seconds before replaced Davison.. He didnâ€™t seem to know much about it, but it just goes to show that when you put the ball in dangerous areas, goals will come.

The closing minutes were relatively uneventful, courtesy of a resolute defensive performance from the Cards to see the game out.

Dowson will be delighted with the performance, and to be able to take 3 points back home to Surrey from Crabble for the second consecutive time. The Cardinals return to the Laithwaite Community Stadium on Saturday for a standard 3pm kick-off against yet another struggling side in Barnet, who sit 1 point clear of the relegation zone, albeit with games in hand.

Man of the Match: Perhaps one of the most difficult decisions to date, after top class performances from the likes of Cooper, Casey and of course Davison. However, my Man of the Match was Kane Ferdinand for his dominance in the air and tenacity in the tackle, not forgetting his two first half goals.